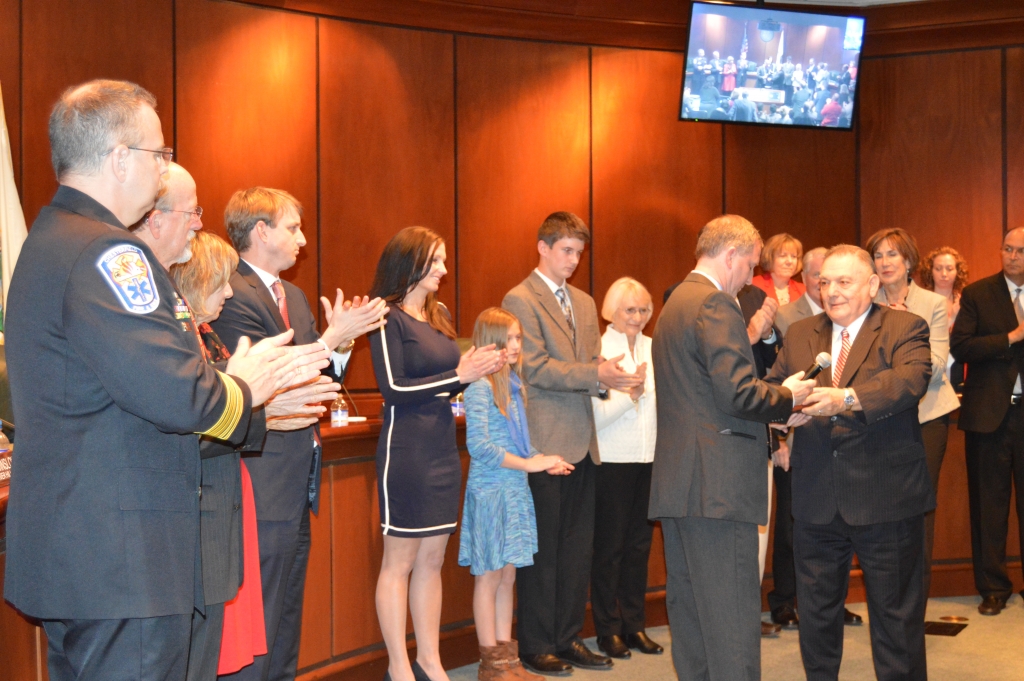 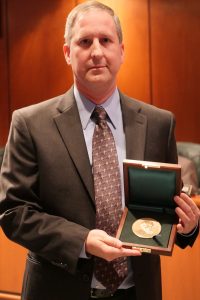 Matthew R. Bartholomew, a physician from Midlothian, Va., was given his Carnegie Medal by another Carnegie hero, Glenn S. Bingham of Williamsburg, Va., at a meeting of the Chesterfield County (Va.) Board of Supervisors in December 2016.  Bartholomew acted on Feb. 16, 2015, after seeing that a car had entered a frigid retention pond in Midlothian, its driver still inside.  Despite an air temperature of 18 degrees and the water at freezing, Bartholomew entered the pond, swam to the vehicle, and broke out its rear window.  When the driver, 65, emerged, he pulled her from the car and took her to the bank.  Bingham was given his medal in 2002 for helping to save a boy from drowning in Jamestown, Va.