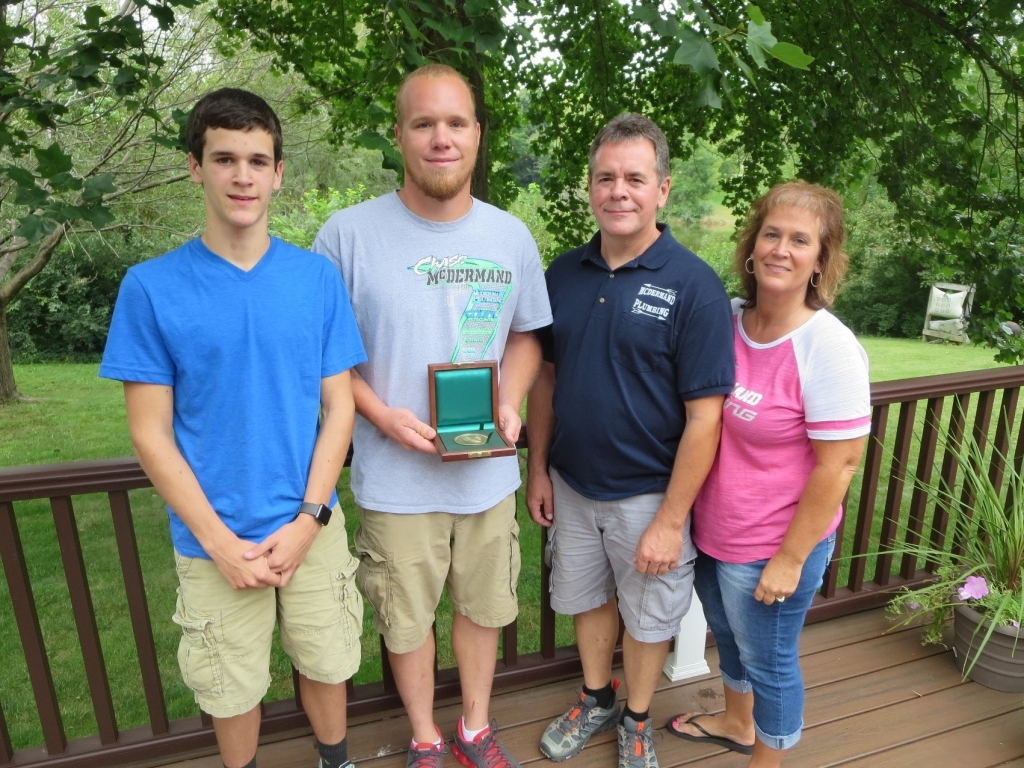 Andrew Baugh, second from left, of Mason City, Ill., was presented his Carnegie Medal in late August 2016 at the home of the young man he rescued, Chase W. McDermand, left, of Springfield, Ill. With them are Chase’s parents, Kevin and Shelly McDermand. Chase was driving a midget-chassis race car at a speedway in Lincoln, Ill., on June 12, 2015, when a fire broke out in its engine and grew to engulf the car. Also in the race, Baugh pulled over and extracted him from the vehicle. The young men have become close friends but remain competitors on the racetrack. Eric Zahren, the Hero Fund’s executive director, made the presentation.