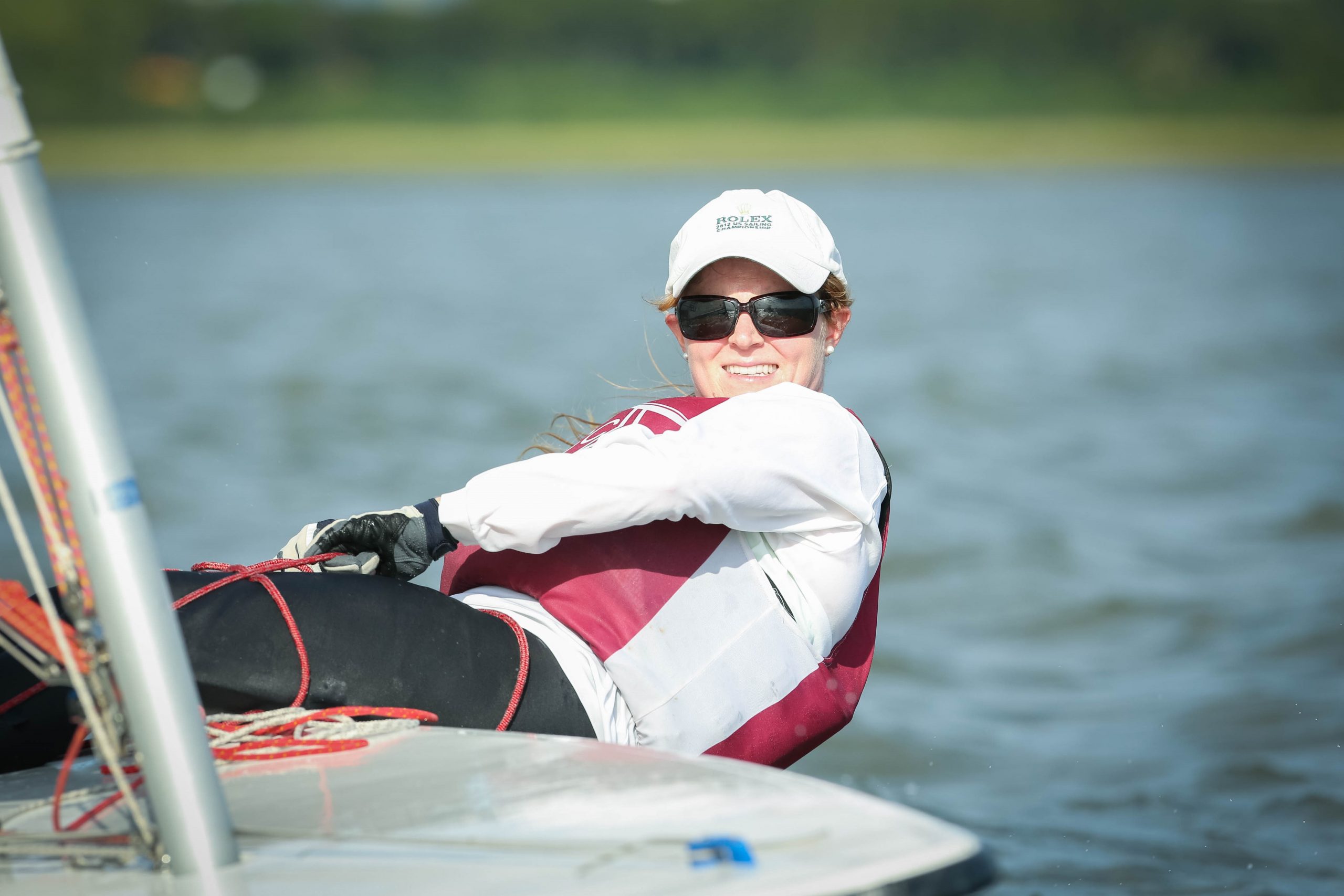 Summer visitors to the Hero Fund’s offices included Carnegie medal awardee Clerc Higgins Cooper, 22, of New Orleans, who was awarded the Carnegie Medal in 2009 for a heroic rescue in 2008 that she performed when she was only 14.  With scholarship aid from the Hero Fund, Cooper went on to study history at the College of Charleston, S.C., where, graduated this year, she earned a grade-point average of 3.9.  She was accepted by several top law schools and this fall will enter Tulane University Law School, New Orleans.

Cooper’s passion is sailing, in which she competed at Charleston, her team this year winning the Leonard B. Fowle Trophy for the best all-around sailing team in the nation.  An individual honor was Cooper’s being named one of six women skippers to the Inter-Collegiate Sailing Association All-American Team for the 2014-15 season.  She competed in both the Women’s Singlehanded National Championship and the Women’s Doublehanded National Championship, as well as a host of regattas around the country during the past school year.

A native of New Orleans, Cooper has been sailing since she was 8, launching her sailing career out of a yacht club on Lake Pontchartrain.  “Both of my parents sailed,” she told Scuttlebutt Sailing News, “and they wanted me to sail too, so they started having me take lessons, which led me to making friends and getting more involved in summer sailing camps.”   The College of Charleston’s nationally renowned sailing teams was one of the major reasons she chose the school.

It was while she was sailing on Lake Pontchartrain that Cooper earned her hero’s stripes.  On Jan. 13, 2008, she and two friends had just left the harbor in a 19-foot boat when they spotted a disabled craft about 500 feet from shore.  They responded, and as they drew close, a woman aboard the disabled boat began to swim toward them.  Cooper removed her lifejacket and threw it to her.

The disabled boat capsized about then, sending the two men aboard into the 58-degree water, where they struggled in its two-foot chop.  Cooper took a flotation device and, without removing any items of attire, entered the water, swam to the two men, and gave the device to one of them.  She then swam to the capsized boat and located another flotation device, which she gave to the second man.  As her friends took the woman to shore, Cooper waited atop the exposed hull of the overturned boat.  Two others arrived shortly in an inflated dinghy and returned the men to shore as the overturned boat with Cooper atop it was carried by the wind and waves toward a seawall along the shore.  Her friends returned and took her—cold and bruised—to safety.