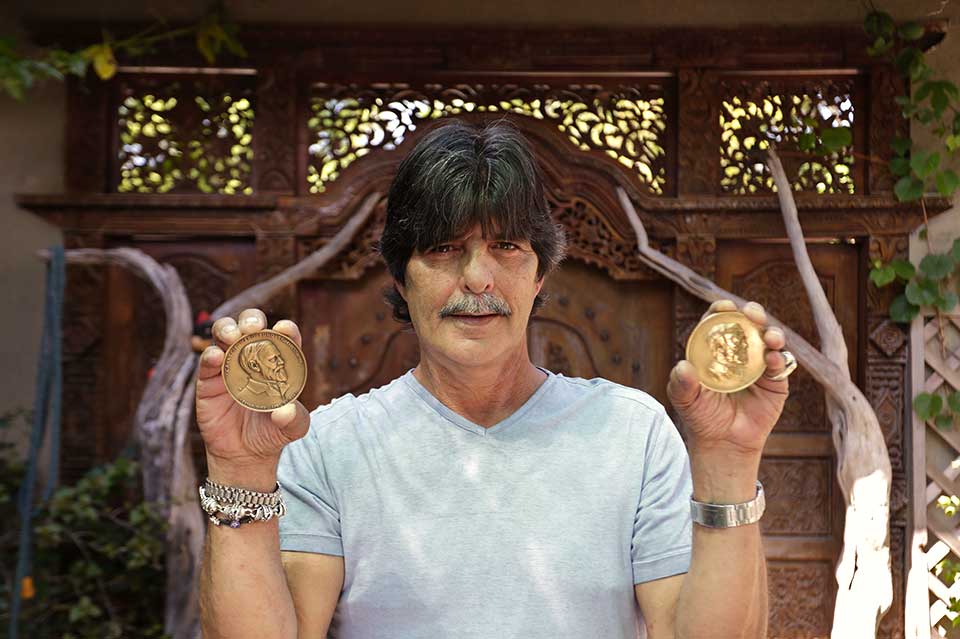 Carnegie Medal awardee Charles T. Carbonell, Sr., of Tampa, Fla., is one of only five recipients of the Carnegie Medal to have been awarded the medal twice, and that fact was not lost on the local media.  In June, Carbonell was the cover story of Floridian (circulation of 350,000), the monthly magazine of the Tampa Bay Times.  Under the headline, “Action Hero,” the five-page spread featured not only Carbonell’s rescue acts of Nov. 14, 2011, by which he saved a woman from a burning car, and Feb. 12, 2007, by which he rescued a police officer under assault, but it describes other instances of Carbonell’s intervention in behalf of others.  The article’s writer, Caitlyn Johnston, sums up her subject:  “…since childhood, (he) has never been able to stand by and watch an injustice unfold.  Something within compels him to act.  And in those moments, the hands that work to restore furniture and old cars become the hands that save lives.”  The other double-awardees of the medal are now deceased:  Daniel Elwood Stockwell (for heroic acts in 1963 and 1991), Rudell Stitch (1958, 1960), John J. O’Neill, Sr. (1954, 1956), and Henry Naumann (1924, 1927).