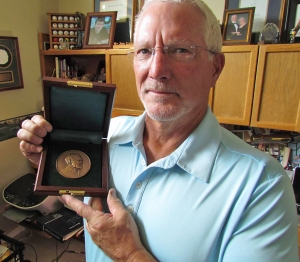 The American Association of Community Colleges honors outstanding community college alumni who have made a positive impact on their communities, the nation, and the world, and 1997 Carnegie Medal awardee Jonathan Mark Lane is one of 2017’s honorees.  Lane was cited at the association’s annual convention in late April 2017 in New Orleans, La., that was addressed by Jenna Bush Hager, television correspondent and daughter of former President George W. Bush and Laura Bush.

Lane, an alumnus of Big Bend Community College, Moses Lake, Wash., was a middle school teacher and wrestling coach when in 1996 he found himself facing down a 14-year-old student armed with a hunting rifle.  The boy had shot and killed a teacher and two other students and was holding others at gunpoint in a classroom.  Hearing the shots, Lane, then 48, responded to the room, where he secured the release of five students.  He then charged the assailant and pinned him to the wall, allowing police to apprehend him.

In addition to the Carnegie Medal, Lane received the Rotary International Paul Harris Award and several others in recognition of his heroic actions.  He was invited to testify before a committee at the U.S. House of Representatives regarding school shootings, and he appeared in a made-for-television show, A Hero’s Welcome, that aired in 2006.

Lane continued to be an educator, serving as a principal before entering public service.  He served on the Moses Lake City Council for 11 years and was elected mayor in 2010.  He has served as a trustee at Big Bend Community College and established the Lane Family Scholarship fund at the college to support low-income students.  Currently Lane is president of the Washington State Association of College Trustees. 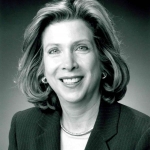 In other honors, Nancy L. Rackoff, a member of the Hero Fund’s board since 2002, was recognized by the YWCA of Greater Pittsburgh in spring 2017 by being given its 35th annual Tribute to Women Leadership award.  Rackoff, who was named the Commission’s vice chair in 2016, was cited in the business and professional services category for her work in advancing initiatives to improve women’s heart health, train family caregivers, and champion campus awareness of sexual assault.  Rackoff is an attorney with Eckert Seamans Cherin & Mellott LLC, Pittsburgh.