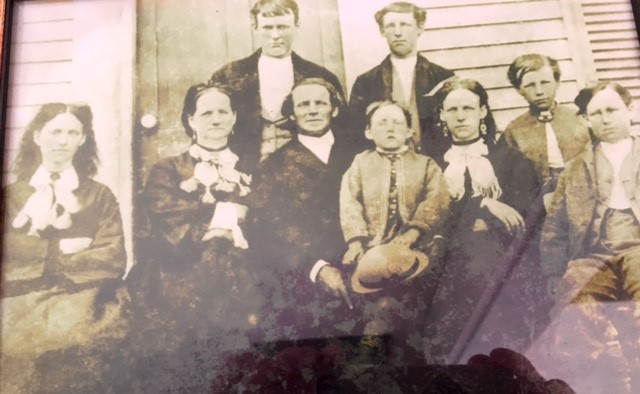 Carnegie Hero Lincoln J. Partridge was 43 and the father of five when he lost his life in a tragic accident on Nov. 23, 1907.  His death came just after he attempted to save a man from becoming caught in a saw at a portable mill on his father’s property in Bristol, Maine, and, more than 108 years later, the account of his heroism is retold by his granddaughter, Elizabeth Prescott, 90, and her son, Robert Partridge Davidson, who live a half-mile from the scene of the heroic act. 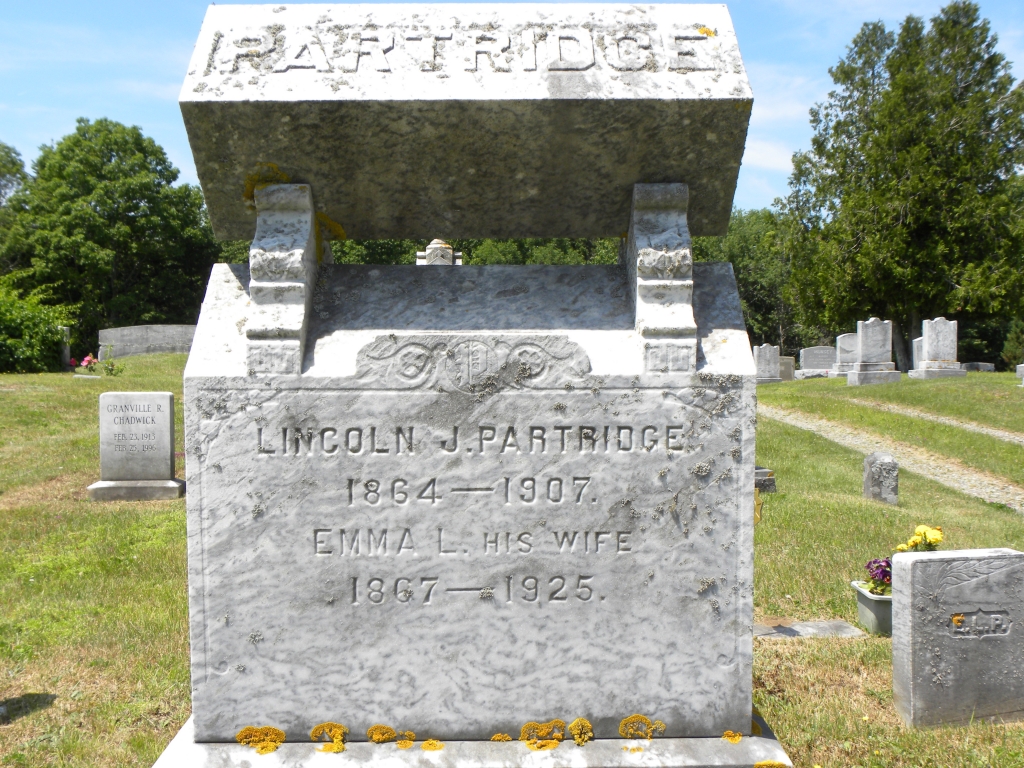 On the day of his death, Partridge was working with an older brother, Fred, and another man, George D. Tarr, 62, a fisherman.  Partridge was taking slabs of wood from a pile and handing them to his brother, who then fed them into the saw, which had a blade three feet in diameter that was making 1,500 revolutions a minute.  Tarr was removing the sawn wood when his coat became caught in the mechanism, and he screamed as the coat and a shirt were pulled from him.  From the other side of the saw, Partridge reached over and made a grab for him but then fell across the blade.  He was thrown clear, but, badly injured, died within moments.  Tarr was unhurt.

Almost a year later, Partridge was posthumously awarded a silver Carnegie Medal, which was given to his widow, Emma, along with a monthly grant to help her meet living expenses.  The grant continued until Emma’s death in 1925.  The couple are buried in New Harbor (Maine) Cemetery; their grave stone is pictured.  Partridge is pictured in the photo above as a young boy, shown beside his father, James W. Partridge.  To the left of the father in the photo, which dates to the late 1860s, is Partridge’s mother, Sarah.  Partridge was the youngest of eight children.

15:13 calls to mind those in the Hero Fund’s 111-year history whose lives were sacrificed in the performance of their heroic acts.  The name identifies the chapter and verse of the Gospel of John that appears on every medal:  “Greater love hath no man than this, that a man lay down his life for his friends.”  Of the 9,797 medal awardees to date, 2,008, or 21% of the total, were recognized posthumously.  They are not forgotten.