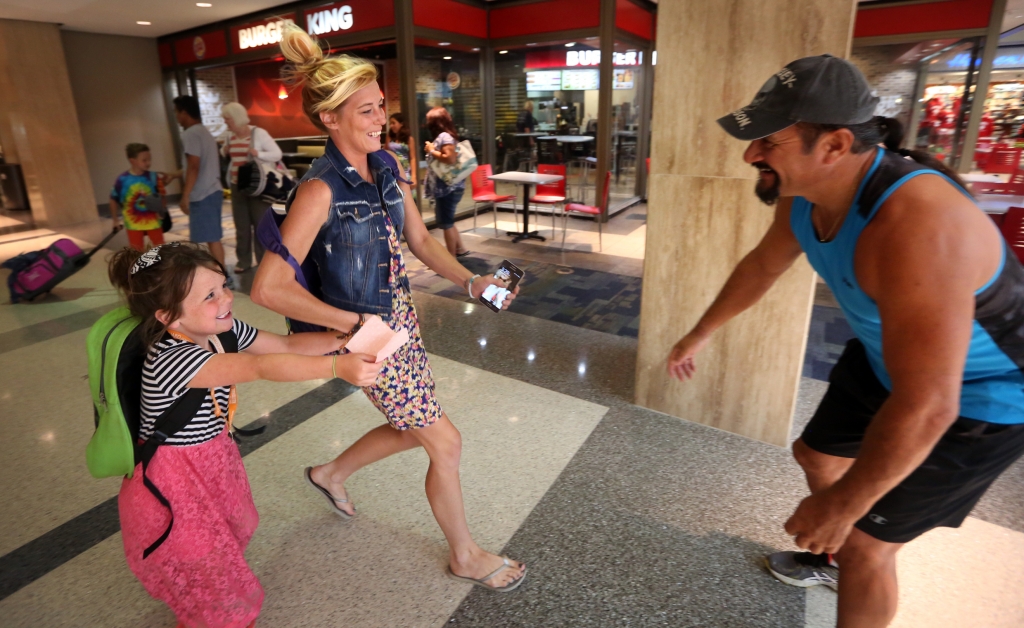 Carnegie Hero Horatio G. Pino of Virginia Beach, Va., and Kayla McDaniel first met five minutes after midnight on April 19, 2001. Pino, then 34, was a deputy with the Shelby County (Tenn.) Sheriff’s Department and was responding to a mobile home fire in Memphis. At the scene, he learned from her older siblings that Kayla, then 9, was still inside the burning structure, which was filled with smoke from a fire that started in the clothes dryer.

Understanding that a baby was in the mobile home, Pino entered through the front door and, crawling, searched through several of its rooms before finding Kayla unconscious in a bedroom at one end of the structure. Although suffering from exposure to the smoke, Pino was able to grasp Kayla and crawl about 35 feet back to the front door. When he collapsed there, other deputies pulled him and Kayla to safety. Both required hospital treatment for smoke inhalation. Pino was awarded the Carnegie Medal for his rescue.

Advance 15 years. Kayla and Pino reunited on June 29, 2016, at the Norfolk (Va.) International Airport. There was someone special Kayla wanted Pino to meet, her 6-year-old daughter, Bayliey. “Without him,” Kayla told The Virginian Pilot, “she wouldn’t even be here.” Photo, by Steve Early, is courtesy of The Virginian-Pilot.