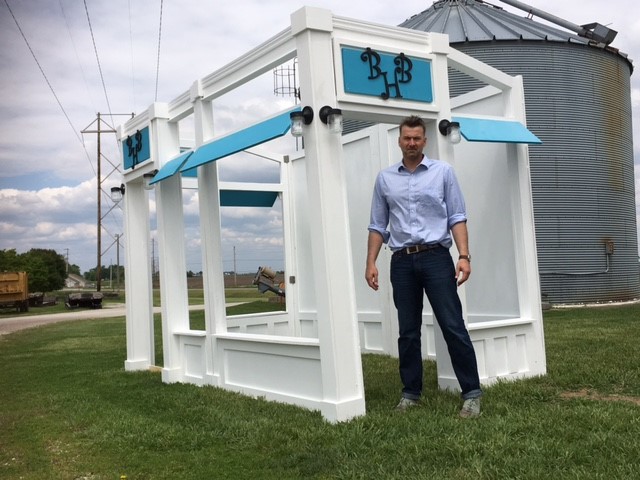 Following his award of the Carnegie Medal in 2014, Christopher Jon Ihle of Huxley, Iowa, went through something of a post-rescue career change, resulting in his new business, My Main Street Shop. Formerly a mortgage banker, Ihle, 41, now makes portable storefronts for use by vendors at trade shows, conventions, and other pop-up events. “With what I make, a customer actually walks into your store the way they would on Main Street, U.S.A.,” he recently told a reporter from the Des Moines Register. Ihle, who launched the endeavor with grant monies from the Hero Fund, was recognized for saving an elderly couple from being struck by a train after their car became disabled on a railroad track in Ames, Iowa, on July 31, 2013.