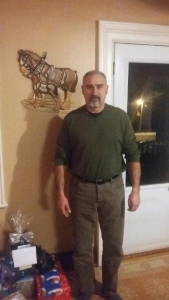 Rylee, 3, was standing inside the track at a fairground when a team of two ponies, each weighing about 600 pounds, broke free and, harnessed together, ran away at full speed.

Seeing that, Stein, 51, utility worker of Madoc, Ontario, who was also inside the track, moved toward a position to intercept them, but they changed course and headed directly toward Rylee.

Stein then ran about 55 feet to the girl and scooped her into his hands to throw her clear of the path of the runaways, and she landed about 4 feet away.

The ponies struck Stein, knocking him to the ground, and dragged him a distance before coming to a stop. 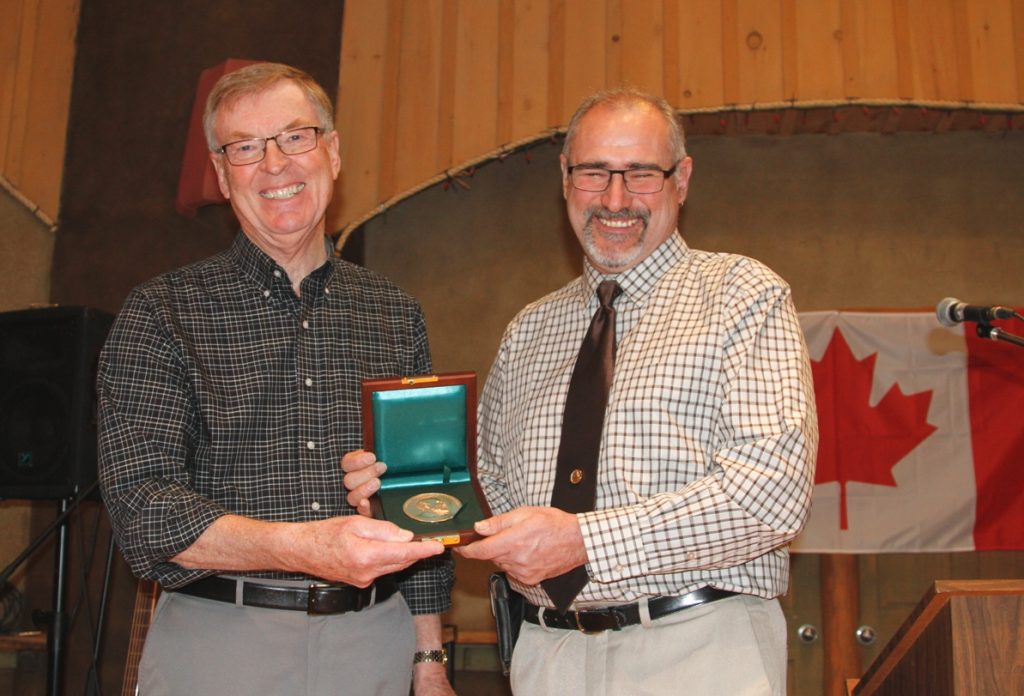 Calvin Bradley Stein, right, was given the Carnegie Medal in April, 2017, by Joseph H. G. Allison of Newmarket, Ont. Allison is also an awardee of the Carnegie Medal, having been cited for helping to save a man from suffocating in a well in Picton, Ont., in 1966. Photo by Sue Dickens of the Central Hastings (Ont.) News, and is used with permission.