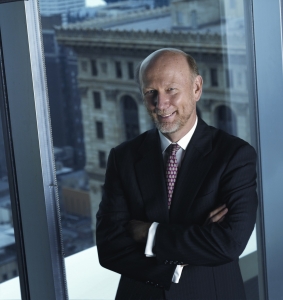 imPULSE, which you are reading at this very moment, has had an interesting effect on the Carnegie Hero Fund Commission.

Before the newsletter made its debut in the spring of 2005, you might say that the Hero Fund led the “unexamined life.”  It’s not that no one ever noticed or wrote about our work.  Calvin Trillin’s 1970 New Yorker article on one of our field investigators is a delight, and A Walk on the Crust of Hell, a book written in 1973 by Pittsburgh business writer Jack Markowitz, presents captivating accounts of some of the rescue acts the Commission had recognized over the years.  Our own privately published book, A Century of Heroes, was released in 2004 on the centennial of the Hero Fund.

Publishing imPULSE over the past decade, however, has done two things.  First, it has caused us to write about the Carnegie heroes and their rescues in a broader context than ever before.  Second, it has engaged the Commission and staff in an ongoing description and interpretation of our work.  The main mission of imPULSE is, of course, to provide further recognition of our awardees, doing so by informing and enlightening our readers, but in these two ways it has had an important effect on the Hero Fund itself.

On the first point, you might be surprised to find that the Commission judges heroic acts in a very narrow context.  It relies on staff reports that follow a tight format carefully limited to the facts bearing on the requirements for the Carnegie Medal.  As a result, the Commission knows little about the life history of the rescuer or victim, much less about what kind of day they were having before the rescue.  The intent is to exclude information which would tempt the Commission members to act on emotion rather than the facts of the rescue.

Put another way, it gives a rescuer with a difficult personality an even chance to receive the Carnegie Medal.  Equally, a very endearing Good Samaritan may be denied the medal if the act just doesn’t meet the requirements.  In our view, that is one of the things that make the award so special.  If, one day, your name is embossed on the Carnegie Medal, you can be sure you earned it on the day of the rescue itself, in the very minutes you put your life at risk to save another.

This tight focus is the right way to make the award, but you can be sure it frustrates the Commission members, who, as more-or-less normal human beings, want to know more about the heroes.  It also frustrates the staff, who know more about the rescuers than they can include in their carefully structured reports.  imPULSE has given us a special opportunity to expand our understanding of the heroes and their lives and to learn what they felt and feared as they decided to move toward the danger of a rescue attempt.

On the second point, the Commission and especially its staff go about our business in a very methodical way, paying careful attention to Andrew Carnegie’s founding wishes and the rules and precedents we have followed over the last 111 years.  Yet imPULSE has helped us to improve what we do.  When we write in its pages to explain our history, our practices, and our philosophy, our thinking tends to be sharpened and we ourselves are reminded of our founding principles and have our commitment to them reinforced.

Maybe what I’m saying is, we publish imPULSE for you, but we kind of like it ourselves!