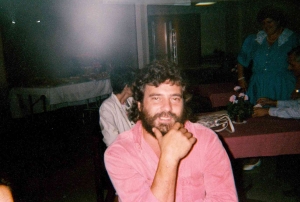 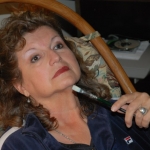 When I was a teenager it was my job to clean up the dirty dishes after dinner.  And it was “my job” to pick up my little brother, Douglas, when he was about 2 or 3 years old,  put him on the counter, and sing to him while I was washing the dishes.  I did this almost every day—it was our little ritual, among many others.

“Dougie,” which I always called him (and still do today), was Bruce Douglas Badgett, the next-to-the-last of five children in our family.  I cannot explain the bond we had, but it was very real.  We just “knew.”  No matter what we did, the bond was solid.  We loved each other.  Period.

Then a horrible thing happened on Jan. 8, 1995, when I had a massive hemorrhagic stroke.  I was down for the count, but not by Dougie’s standards.  He worked at Carolina Wood Turning in Dunn, N.C., as the plant manager, and I was the president of Imprint Graphics in Greensboro.  He came immediately to my side, almost 90 miles.  To make a long story short, while I remained in Dunn to try to get my life under control, Dougie would come every day.  I can still see him sitting on his haunches by my bed, telling me what he did for me that day.  I could not speak then, but I could smile!  I knew that Dougie was giving all he had to make me feel better again.

We were cruising right along, me in rehab, Dougie working.  I still could not talk, but sometimes he would take me to work with him!  The wood turning was hard, but Dougie was tenacious, a genius at figuring things out and making them work.  The employees loved and respected him—I could see it in their smiling faces when they came to work.  It was obvious.  Once we did cut-out pieces of Easter bunnies, huge, Dougie doing the woodworking and I doing the painting, one-handed.   He sold them all over the U.S. just because he could say, “Look what Debbe did!  It’s absolutely great!”

Then another horrible thing happened.  When Dougie went home from work on April 17, 1996, he heard two girls, ages 11 and 13, screaming from a capsized canoe on nearby Maynard Lake.  He immediately ran into the cold water to save them.  While the older girl returned to the bank, Dougie swam out to the younger one and gave her a push.  He then submerged.  That girl’s father arrived and aided her to safety, but Dougie remained beneath the surface of the water.  He was recovered several minutes later by first responders and taken to the hospital, but there was no hope.  He died the next day.  We were planning to live at Topsail Island and Dougie would go down on the weekends from Dunn.  All arranged.  I almost never cry but that time my heart was broken.  Literally.

I decided to talk to Dougie after he was gone, and I’ve been doing it ever since.  It makes me rounded somehow.  He makes me laugh 24/7, and I can hear him laughing like crazy!  That’s my Dougie!

15:13 calls to mind those in the Hero Fund’s 113-year history whose lives were sacrificed in the performance of their heroic acts.  The name identifies the chapter and verse of the Gospel of John that appears on every medal:  “Greater love hath no man than this, that a man lay down his life for his friends.”  Of the 9,914 medal awardees to date, 2,023, or 20% of the total, were recognized posthumously.  They are not forgotten.