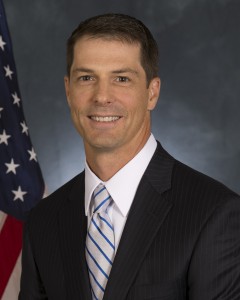 PITTSBURGH, PA., May 23, 2016—Eric P. Zahren, retiring Special Agent in Charge of the Pittsburgh Field Office of the U.S. Secret Service, has been elected Executive Director of the CARNEGIE HERO FUND COMMISSION, Andrew Carnegie’s Pittsburgh-based foundation that recognizes civilian heroism throughout the United States and Canada. Already on the Commission’s board, Zahren will assume responsibility for the Hero Fund’s program and administrative functions on June 6.

A native and resident of the Pittsburgh area, Zahren, 47, is concluding a 25-year career with the Secret Service this month. While in charge of the Pittsburgh office over the past seven years, he oversaw all investigative, protective, recruitment, and liaison activities in 25 counties in Western Pennsylvania and West Virginia. Previously, he was Special Agent in Charge of the Service’s International Programs Division and its Office of Government and Public Affairs, both in Washington, D.C. From 2002 to 2005, Zahren was stationed in Berlin, where he supervised protective and investigative responsibilities through a 15-country region, and he served U.S. Presidents William J. Clinton and George W. Bush and their families while assigned to the Presidential Protective Division.

In announcing his election, Commission Chair Mark Laskow said that Zahren “was attracted to the Hero Fund because he was attracted to the fundamental values that it celebrates. Like Andrew Carnegie and all of us, he admires the altruism, the selflessness that has motivated the Carnegie heroes over the years. We were attracted to Eric because, in our judgment, he has lived those values in his own life.”

The Hero Fund, established by Carnegie in 1904, has awarded the Carnegie Medal to 9,845 individuals in recognition of their outstanding heroism, defined by the Commission as acts of lifesaving done at extraordinary risk to the rescuer. Grants totaling $38 million have been given to the awardees or their survivors and include scholarship aid, continuing assistance, and death benefits. Fuller information on the CARNEGIE MEDAL and the history of the CARNEGIE HERO FUND COMMISSION can be found at www.carnegiehero.org and on Facebook: facebook.com/carnegiehero.