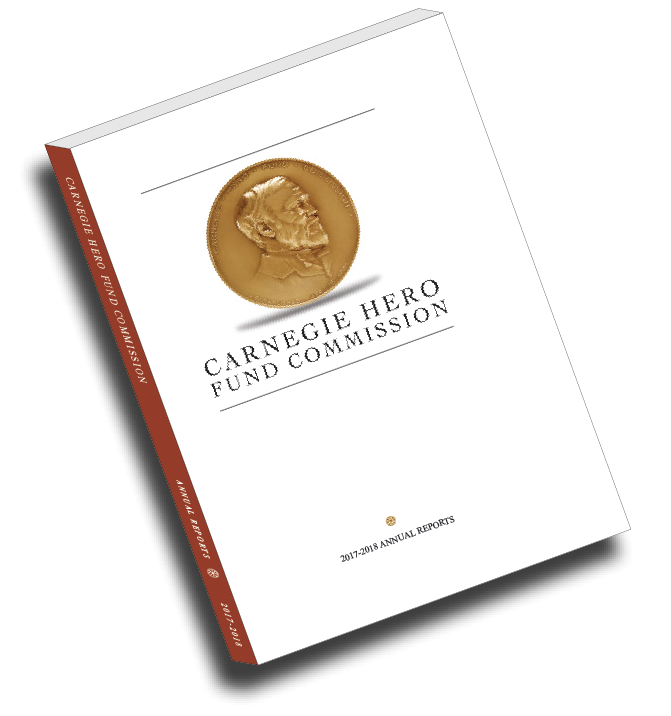 The annual report contains the 148 heroic acts awarded during the past two years including the extraordinary actions of seven children and teens. Among those were Kevin D. Little, Jr., 10, of Milwaukee, and Sanford Harling III, 12, of Norristown, Pa., who both died attempting to save
family members from their burning homes.

For their efforts, each was awarded the Carnegie
Medal. Accounts of the heroic actions of Kevin and
Sanford appear alongside 146 other ordinary citizens
from throughout the United States and Canada in the
biennial report for 2017 and 2018.

“The Hero Fund publishes these reports periodically
at Andrew Carnegie’s direction,” Commission Chair
Mark Laskow says in the report’s preface, “We hope
that as you review those acts, you will feel how
momentous each of these events was to both rescuer
and victim. Our goal is to share these stories and the
sense of their importance both with you and the wider
world.”

To date, the Hero Fund has considered more than
90,000 heroic acts for awarding and by the end
of 2018, 10,062 were selected for recognition.
Carnegie Hero Vickie Tillman, #10000, was named
in March 2018 and presented the Carnegie Medal at
a Pittsburgh gala the following June. Historically, 20
percent of the awards were to those who lost their
lives in rescue attempts, exemplifying the scripture
that appears on every medal: “Greater love hath no
man than this, that a man lay down his life for his
friends” (John 15:13).

In addition to the medal, each of the heroes or their
survivors received a financial grant and became
eligible for other benefits from the Hero Fund,
including scholarship aid, ongoing assistance, and
death benefits. More than $40.5 million in such
grants has been awarded by the Commission since its
inception, in keeping with Carnegie’s wish that if the
hero is injured in his bold attempt to serve or save his
fellows, he and those dependent upon him should not
suffer pecuniarily.