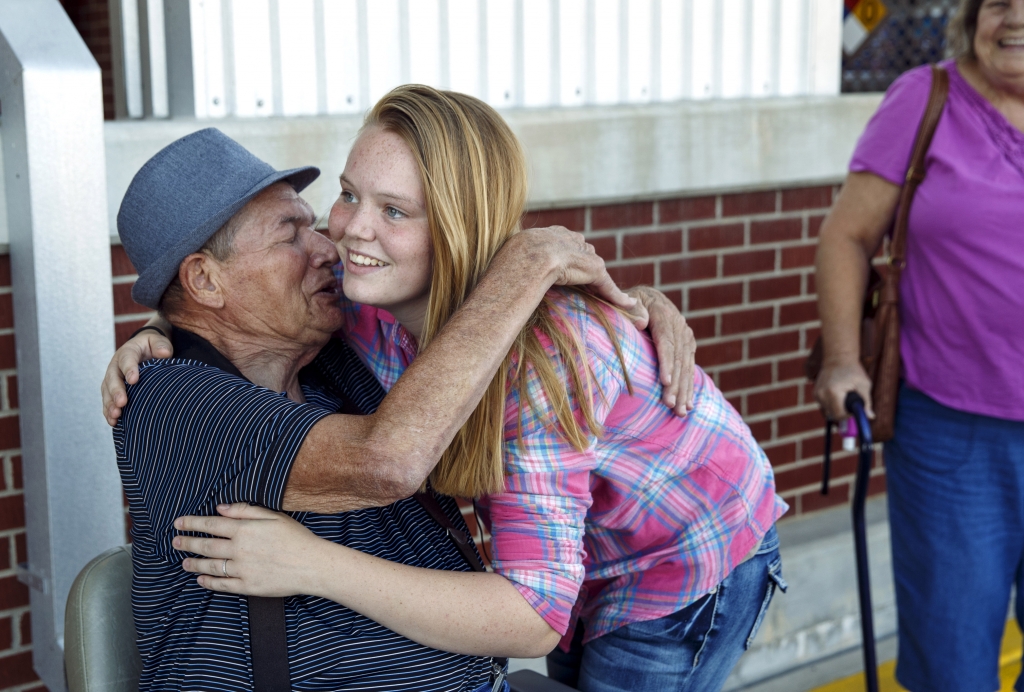 Moorman, 75, was attempting to cross a railroad track at a crossing in his motorized wheelchair when the chair became caught against one of the rails. He could not free it and called for help. Aldridge, 19, homemaker, saw him from her nearby home and left to check on him.

When she was about 160 feet from the crossing, its gates and lights were activated, indicating that an approaching train, traveling at about 78 m.p.h., was about 2,600 feet away.

Barefoot, Aldridge ran to the crossing, crouched behind the back of the wheelchair, and attempted unsuccessfully to lift it. With the train bearing down on them, she then grasped Moorman underneath the arms from behind and pulled on him. Requiring a second attempt, she lifted him enough to clear the chair and backed away from the track with him.

Within seconds, the train, at only slightly diminished speed, struck the wheelchair, destroying it, before stopping well beyond the crossing.

On August 23, 2016, Commission Executive Director Eric P. Zahren was presented with the Carnegie Medal in a ceremony held in Auburn, Ill.