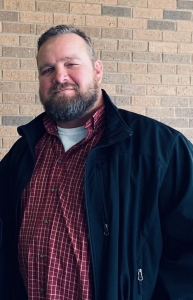 When Lincoln, Ill., welder Arthur Ray Whitham, Jr., 46, witnessed a car slide off an ice-covered road into a nearby pond Dec. 4, 2018, in Lincoln, he stopped at the scene and entered the 35-degree water, wading and swimming to the car, where he could stand with the water was up to his chest. He grasped the top of the driver’s window and forced it down completely. He reached through the window and grasped the driver, 68-year-old George L. Horn, and pulled him through the window opening. Whitham moved Horn to the rear of the car, where they held on and waited for authorities in the cold water. Horn was treated at the hospital for hypothermia. Whitham was cold after the rescue but did not seek medical treatment. They both recovered.