A Century of Heroes

Order a copy of the book 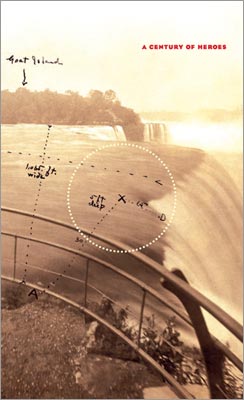 “These heroes have captured the Hero Fund’s vigilant attention just as dramatically as they capture our imagination as we express wonder at their courage. All of these heroes exhibit the rare quality of ultimate selflessness that reassures us the human race is noble. There is much to learn from them. Honor them.” –from the foreword by Peter Krass, author of “Carnegie.”

“Local heroes may never have been as important as they are today, an era when there are so few national heroes. Today the national hunger for heroes may be best satisfied on a small scale, where a single man, woman, or child may exemplify the selfless bravery America has long honored.” –Wall Street Journal

On January 25, 1904, a massive explosion ripped through a mine beneath the town of Harwick, PA, killing all but one of the 180 men below ground. Andrew Carnegie, then retired and living in New York, was moved by the disaster, particularly the selfless acts of two men who died in failed rescue attempts. Within six weeks he was hard at work establishing the Carnegie Hero Fund Commission, which both redefined what it meant to be a hero and helped to establish modern philanthropy.

One hundred years of heroes’ stories form the heart of the book — profiles of more than 100 ordinary men and women who risked their own lives to save those of others. In these pages you’ll meet A. James “Jimmie” Dyess, the only person to be awarded both the Carnegie Medal and the Medal of Honor, and Louis A. Baumann Jr., a 17-year-old boy who was awarded the very first Carnegie Medal. You’ll also read about the only four individuals in the history of the Commission to have been twice named heroes: Henry Naumann of Hammond, IN; John James O’Neill Sr., of Yonkers, NY; Rudell Stitch, of Louisville, KY; and Daniel Elwood Stockwell of Phippsburg, Maine, and later of East Swanzey, NH.

Between July 11, 1904, when Daniel Davis died attempting to save a fellow miner from suffocation in Sherodsville, Ohio, to September 23, 2001, when 12 men died trying to save a coworker in the wake of a methane explosion in a mine near Brookwood, AL, the Commission has awarded more than 150 medals to brave and unselfish individuals who took part in mine rescues. Medals have also been awarded 15 times for rescues performed on the Niagara River, just above the falls.

During the history of the Carnegie Hero Fund Commission, the organization has awarded thousands of medals for heroism and distributed nearly $40 million in awards, grants, tuition, and other assistance. The Fund has honored and assisted those who participated in relief efforts following national and international disasters, such as the San Francisco earthquake of 1906, the sinking of the Titanic, the 1982 crash of Air Florida Flight 90 in the Potomac River, and the terrorist attacks of September 11, 2001.  For the most part, however, the Commission’s work has focused on recognizing smaller acts of heroism which do not routinely capture the attention of the country as a whole. Carnegie Heroes have rescued — or attempted to rescue — people from a multitude of threats, including burning buildings, vehicle fires, drowning, assault, electrocution, avalanches, and other perils.

Published in conjunction with the Carnegie Hero Fund Commission’s 100th anniversary, A “Century of Heroes” is both an homage to the thousands of men and women who have demonstrated their willingness to sacrifice everything for other human beings, and a lavishly-illustrated celebration of the unexpected heroes who walk among us.