William M. Mack III rescued Mary Dugan from burning, Aston, Pennsylvania, March 24, 2017. Before dawn, Dugan, 54, remained in a rear bedroom of her home after a fire broke out in the home’s attached carport. Three family members had escaped the house by the time Mack, 29, on-duty police officer, and another officer went to the rear of the home where they scaled a fence and approached Dugan’s bedroom window, which was about 8 feet above the ground. Mack then climbed a stepladder to the window and used his flashlight to help break its glass before kicking in the window frame so he could enter the bedroom as flames spread through other parts of the house. Despite thick smoke in the room, Mack, following Dugan’s moans, crawled about 9 feet, grasped her and carried her back to the window where he handed her to the officer on the ladder outside. Dugan was hospitalized several days for smoke inhalation and thermal burns. She recovered. 89027-10004 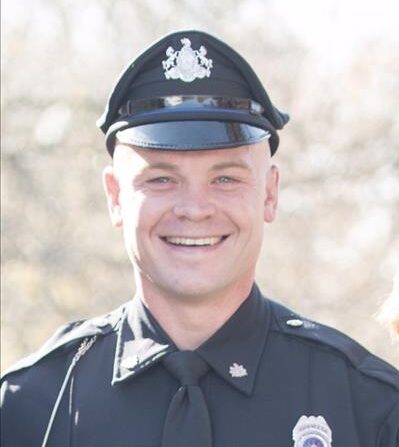