William K. MacWilliams, Sr., 32, service manager, helped to save Meryle V. Hutchison, 33, nurse, and five others from drowning, North Beach, Maryland, August 12, 1955. Miss Hutchison, Stephen H. MacDougall, Frances T. Roberts, Nancy S. Madden, and John H. Meckling were among 27 persons aboard a schooner in the Chesapeake Bay as a hurricane approached. Winds ranging from 25 to 53 m.p.h. capsized the ship a mile and a half from shore, where all five persons, each wearing a life-jacket, joined hands in the water and swam for four hours. Reaching a small duckblind 1,000 feet from the shore in water 10 feet deep, they found Perry Schwartz, another passenger. By then other persons from the ship had reached shore and sent out an alarm which brought MacWilliams, George L. Kellam, Jr., and a number of others to the beach. Kellam called MacWilliams’ attention to a person waving at the duckblind. They procured a 12 foot plywood boat with an outboard motor but could find only a half a gallon of fuel. Several other men helped them to launch the boat. With Kellam bailing water, MacWilliams piloted the craft 2,000 feet on an irregular course to the duckblind, guided only by occasional glimpses of the blind and quartering waves more than eight feet high. At the blind a large wave raised the craft and dropped it onto a piling, which dented the bow. Kellam held to a piling and pulled Miss Hutchison into the boat, after which MacDougall also was taken aboard. MacWilliams then piloted the boat toward the shore, at the same time assisting Kellam and MacDougall to bail water, which was six inches deep. A hundred and fifty feet from the shore, he directed Miss Hutchison and MacDougall to jump out of the boat in water three feet deep, assuring them that others would help them to the beach. As soon as they were clear of the boat, MacWilliams and Kellam returned to the blind over an irregular course of 1,700 feet. In a fashion similar to the first trip, they brought Mrs. Roberts and Miss Madden to wadable water and then went back to get Schwartz and Meckling. On the final trip to the shore, water in the boat was seven inches deep. MacWilliams guided the craft onto the beach as a wave filled the boat and drowned the engine. The duckblind was blown down 10 minutes later. Fourteen other passengers aboard the schooner were drowned. All six persons taken from the duckblind were removed to a hospital, treated for shock and exposure, and then discharged. MacWilliams was tired and nervous but recovered shortly. 43568-4045 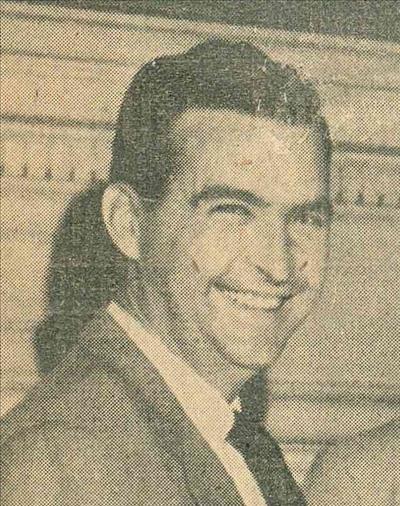