William F. Bayless, 23, farmer, saved Clarence M. Thompson, 49, farmer, from suffocation, Cimarron, Kansas, May 18, 1909. Thompson had lost consciousness after sliding down a rope to the bottom of a 45-foot well and effecting the recovery of two men who had been overcome by gas. Bayless was lowered with the rope fastened about him. He took the rope from his body, fastened it to Thompson, and the latter was hoisted. The rope was lowered again, and Bayless was drawn up, weak and dazed. He and Thompson recovered. 3798-308 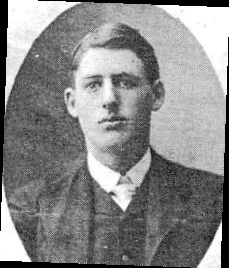