William David Cheatham, 24, retail milk salesman, saved William J. Marqua, 44, sales manager, and Anna Lee, 7, and Marie Daugherty, 48, from drowning, Northport, Alabama, May 27, 1959. When their motorboat went over a dam in the Warrior River, Marqua, Anna Lee, who wore a life jacket, and Mrs. Daugherty were submerged briefly in turbulent water which extended 40 feet from the dam. Marqua and Mrs. Daugherty sustained injuries. Cheatham immediately jumped into the churning water from the bank and then swam 75 feet to Marqua, who was in water 10 feet deep 30 feet from the dam. Cheatham towed Marqua out of the severe turbulence and to within 10 feet of the bank. As a youth aided Marqua out of the water, Cheatham swam 125 feet to Anna Lee, who took hold of him 18 feet from the dam. The churning water submerged them briefly, and the current then carried them into a less turbulent area. Cheatham took Anna Lee to within three feet of the bank and handed her to a woman. He then swam 150 feet and in deep water 175 feet from the dam reached Mrs. Daugherty. She grabbed Cheatham’s wrist tightly, and he was submerged as he broke her grasp. Choking on water he had swallowed, Cheatham swam back to the bank and ran along it as Mrs. Daugherty was carried downstream. He then swam 75 feet to Mrs. Daugherty and towed her to the bank. After aiding her out of the water, Cheatham collapsed from exhaustion. Marqua and Mrs. Daugherty were hospitalized for their injuries. All recovered.

He was a leasing agent for Continentel Field Services. In 1960, he was a recipient of the Carnegie Medal for saving three people from drowning in a river a year earlier after their boat went off the Oliver Lock and Dam in Coker, Ala.

(Edited from an obituary provided by a family member) 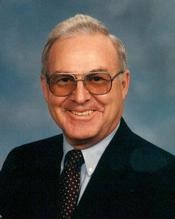