Thomas W. Siegler helped to save George A. Zappone and John A. Thomas, Sr., from drowning, Industry, Pennsylvania, January 9, 2005. Zappone, 44, and Thomas, 35, were crewmembers of a 108-foot towboat that, pushing six barges on the Ohio River, was swept by the extremely swift current through an open gate of a dam at night. The boat came to rest upright in very turbulent water below the dam, at a point about 30 feet from the structure. Only a few feet of the boat’s pilothouse were visible above the water, which was frigid, as was the air. Shouting for help, Zappone and Thomas held to a ladder affixed to the pilothouse for more than an hour. Siegler, 47, lead deckhand, was aboard a 66-foot towboat that was moored several miles downstream. Learning of the accident, he and the boat’s three other crewmembers went to the scene. Careful to avoid debris and the breakaway barges, the boat’s pilot positioned the vessel in the turbulent water in close proximity to the submerged one. He worked to hold the boat in place, to keep it from being drawn to the dam by a strong back flow. Although the lower deck was swamped, Siegler and the two other crewmen threw life rings from there to Zappone and Thomas. Zappone grasped one of the rings and was pulled aboard the rescue boat by the three crewmen. Siegler tended him inside the craft as the other crewman then pulled Thomas in and lifted him aboard. The pilot rode the boat with the downstream current, then turned it around and took it to the safety of a nearby power plant. Zappone and Thomas were taken to the hospital, where they were treated for hypothermia and other injuries. Four other men aboard their boat were claimed by the accident. 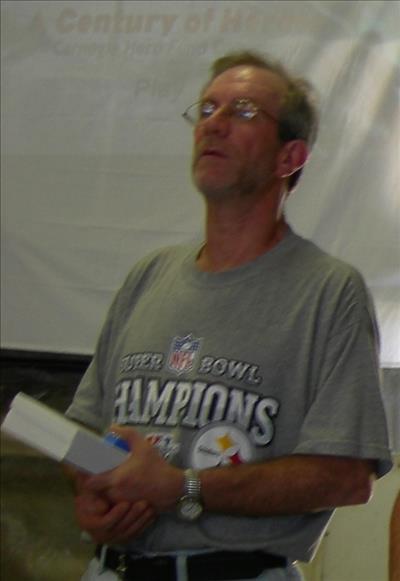