Thomas H. Porter saved Lyndzie L. Lucius from burning, Splendora, Texas, January 6, 2011. Lyndzie, 1, was secured in her child safety seat on the rear passenger seat of a pickup truck driven by her father. The vehicle struck a feral hog and then left the roadway, hit a tree, and came to rest upright. Fire broke out at the front of its undercarriage and spread. Lyndzie’s father escaped the vehicle through a window but was immobilized by multiple injuries. Porter, 52, disabled business operator, heard the accident from his nearby home and drove to the scene. Alerted by another motorist that Lyndzie was inside the pickup, Porter found that he could not reach her from the driver’s door, which was inoperable. He climbed into the bed of the truck and approached its rear window, the glass of which was missing. Despite flames by then spreading into the front of the passenger compartment, Porter leaned through the window and worked to free Lyndzie from her seat while shielding her from the heat and flames. Unsuccessful, he retrieved his pocketknife and cut the seat’s straps. Porter then lifted Lyndzie from the seat and backed through the window. He handed her to another man who had responded and then left the truck for safety. Flames grew to engulf and destroy the vehicle. Lyndzie was taken to the hospital for treatment of minor injuries, and she recovered.

I do not have an obituary for Tom. He didn’t want there to be one or a service. We had a celebration of life with friends and family. -Nola Porter, widow 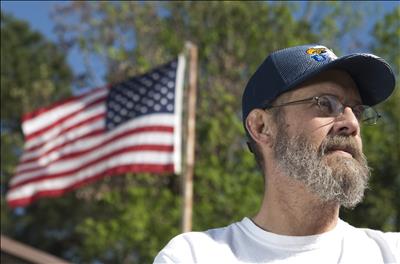