Summer N. White attempted to save Rebecka J. Hall from being struck by a vehicle, Mulvane, Kansas, June 12, 2011. After a vehicular accident on an interstate highway at night, Hall, 32, lay injured and incapacitated on the roadway surface beside her car. White, 18, groom, was a passenger in a pickup truck that approached the scene and stopped. White left the pickup and went to Hall, who was screaming. She grasped Hall by the arms and started to move her from the lanes of travel when an oncoming truck struck Hall’s car. The car in turn spun around, striking Hall and White and knocking them to a point against the median barrier wall. Both women were taken to the hospital, where Hall was pronounced dead. White was detained three days for treatment, including surgery, of fractures to her collarbone, shoulder, and back and other injuries. 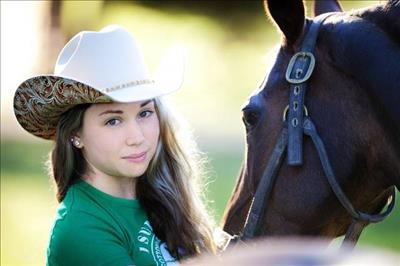