Steven A. Rauser helped to rescue Ethel M. Woodger from drowning, Detroit, Michigan, April 17, 2017. At night in a park adjacent the Detroit River, Woodger, 34, fell from a concrete bulkhead into cold, deep water from which there was no easy egress. A police officer alerted to the incident, Rauser, 37, responded to the scene accompanied by another officer. Rauser and the officer, moved to the top of the bulkhead that was about 6 feet above the water’s surface, and observed Woodger struggling to stay afloat. The other officer removed his duty gear and jumped into the cold water, the temperature of which was estimated to be in the 40s. The officer grasped Woodger and held onto a steel rod that jutted from the bulkhead but, after several minutes, he struggled to maintain his grasp on the rod. The officer called out that he was losing his grip, and Rauser jumped into the river. Taking control of Woodger, Rauser grasped her with one arm and held onto the rod with the other. Woodger wrapped her arms around Rauser’s neck and began to pull him away from the bulkhead. Rauser, who was briefly submerged twice, told her to stop and tried to calm her. Ultimately Woodger disengaged from Rauser and drifted a few feet away, beyond Rauser’s reach. A boat responded from nearby, and personnel aboard the boat assisted Woodger to safety. Rauser and the other officer were lifted from the water by emergency personnel who had responded to the scene. Rauser was taken to the hospital for treatment of his exposure to the cold water. He recovered. 89124-10011 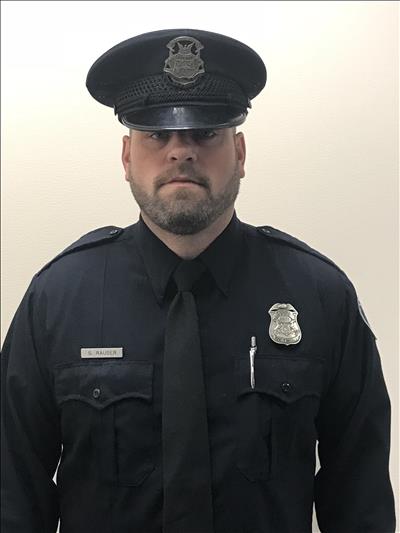