Stephen F. Coenen rescued Michael Williams from assault, New Orleans, Louisiana, December 7, 2002. While he was walking along a residential street late at night, Williams, 36, was attacked by two men, one of whom was armed with a loaded handgun. They took him to the pavement and beat and robbed him. Returning on a bicycle to his nearby home, Coenen, 53, landscape architect, witnessed the assault. He approached the scene on his bicycle and shouted at the assailants to stop the attack, but to no effect. Coenen advanced to a point closer, then picked up his bicycle and threw it at the assailants. The armed assailant aimed his gun at Coenen and shot him in the chest. Coenen collapsed. The assailants fled but were later apprehended. Coenen and Williams were taken to the hospital for treatment of their injuries, Coenen’s including a collapsed lung that required a hospital stay and a two-month convalescence.

Stephen Foster Coenen, originally from Rayville, La., and later settling in New Orleans, died on Sept. 22, 2008, following a battle with lymphoma cancer. Coenen was a man for all seasons, as his life combined a multitude of professions and service. He was a noted professional landscape architect, painter, sculptor, professional performing artist, and humanitarian who gave his life, time, and talents to those of his beloved city of New Orleans and throughout the U.S.

Coenen was born in Rayville on June 2, 1949, the son of William R. and Mary Elizabeth Ricard Coenen. He graduated from Rayville High School in 1967, being named “Mr. RHS.” Coenen attended Northeast Louisiana University (now University of Louisiana – Monroe) and, in 1975, graduated from the School of Landscape Architecture at Louisiana State University in Baton Rouge. During his LSU days, Coenen was one of the featured vocalists and guitarists at Christ the King Catholic Church each Sunday, and he frequently entertained around the campus with fellow performers.

Following graduation from LSU, Coenen worked for several years as a lead entertainer for Holland America Cruise Lines, honing his skills as a singer, dancer, and musician. Coenen chose New Orleans as his home, inspired by the native Louisiana oak trees and year-round plant growing season.

His creative genius in landscape and floral arrangement and design attracted many individuals and hotels as clients. He was particularly sought after during the Mardi Gras and Christmas seasons for planning and decorating for parties. Coenen’s home in the Faubourg Marigny neighborhood, filled with plants and many of his sculptural creations, was the subject of many articles in newspapers, magazines, and gardening books. He was a frequent performer at Le Petit Theatre in New Orleans and Le Chat Noir Theatre in Augusta, Ga., as well as in productions by the Tulane Summer Lyric Theatre and the Jefferson Parish Arts Society in Metairie.

Coenen put his life on the line on Dec. 7, 2002, when he rescued an individual being victimized by an assault in the French Quarter of New Orleans. Coenen was shot in his chest by one of the perpetrators, but through his efforts, the life of the victim was spared. For this act of heroism, he received the New Orleans Public Safety Citizen of the Year award, the Storer Boone Award for humanitarianism, and the Carnegie Medal. 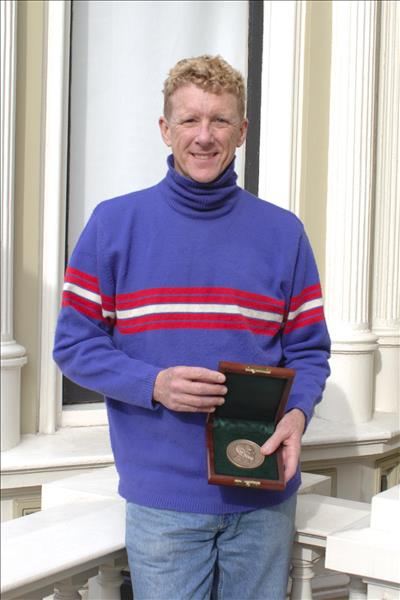