Sean C. Randles died attempting to save Melanie L. Kushnir from falling, Las Vegas, Nevada, May 28, 2016. Kushnir, 42, was hiking down a sandstone mountain at Red Rock National Conservation Area when she slipped and slid in a stream of water toward the nearby brink of a 50-foot cliff. Another hiker in her party, Randles, 49, marketing manager, was near the stream at a point about 6 feet from the edge of the cliff. He lunged at Kushnir as she approached and grabbed onto her. Unable to stop her momentum, Randles held to her as they went over the cliff and fell to the rock shelf at its base. Both suffered severe injuries and died at the scene.

“He didn’t die being a hero; he died being himself” his son, Sean, told a reporter for Fox5 news station in Las Vegas.

Randles was born on Aug. 2, 1966, in Los Angeles, to Donald Beacher and Cheryl Ann Randles. Randles loved the outdoors and was a savvy businessman and world traveler.

“You hear these stories, the phrase, ‘I would give my life for you,'” his brother, Casey Randles, told Fox5. “Would you? Would you give your life? That shows Sean’s character because he did.”

(Edited from an obituary published in the Las Vegas Review-Journal.) 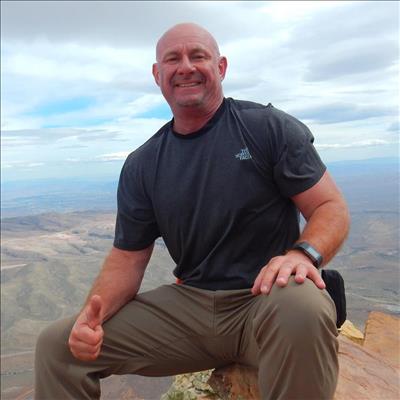