Scott R. Hurley died helping to save Maureen T. Gilbert from drowning, Chicago, Illinois, May 26, 1985. Miss Gilbert, 22, was sailing on Lake Michigan with a group of friends when a violent storm approached suddenly, causing high seas which swept her overboard. Hurley, 26, exterminator, also on the boat, immediately dived into the water and took a life vest to Miss Gilbert. The sailboat was unable to retrieve them. For almost an hour, Miss Gilbert and Hurley, growing weaker, clung to the life vest as darkness fell. Hurley released his hold on the life vest and submerged. Miss Gilbert was picked up by the Coast Guard after another hour and was taken to a hospital, where she was treated for hypothermia. Hurley drowned.

Scott Hurley, 26, of the Beverly neighborhood of Chicago, died on May 26, 1985, trying to rescue a woman who had fallen off a sailboat in Lake Michigan off Chicago. He was a son of Dr. John J. and Mary Ann Hurley.

“We have received a lot of letters from people about how brave Scott was,” said his sister, Katie. “One woman told us about his saving her son when he was 16. He just dived in and saved the boy in the pool. Other letters said what a good person he was. One woman’s child went to school with Scott at St. Cajetan’s grammar school and she said that she believed he was the nicest kid there.”

Hurley was a graduate of Marist High School and Southern Illinois University. He was an athlete who played rugby and softball, his sister said. For two years, he worked for an exterminating company, where he was the firm’s top salesman, she said. “He liked the work,” she added.

That day, Hurley and seven companions were on the 23-foot sailboat Jean Marie about 2 miles offshore and heading toward Monroe Street Harbor. A sudden, severe storm created 5-foot waves, and Maureen Gilbert, 22, fell in. Hurley jumped in after her to give her a life jacket. 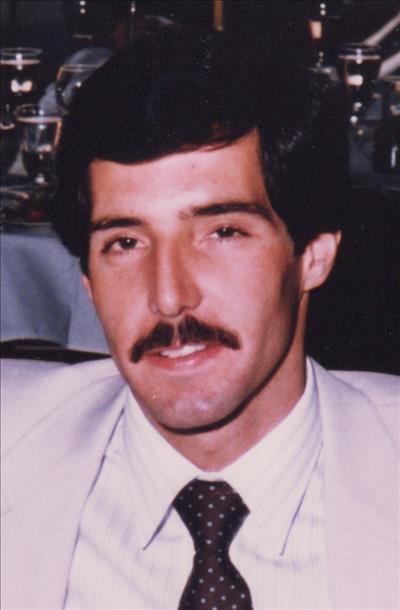