Scott B. Keller saved Yusuf Salem from burning, Dearborn Heights, Michigan, July 29, 2016. Yusuf, 7, was on the second floor of his family’s two-story townhouse after a fire broke out in the kitchen, on the first floor, and filled that floor with dense smoke. On duty, Keller, 41, police officer, responded to the scene, where he learned that Yusuf was inside the burning house. Keller went to his hands and knees and crawled a short distance into the house, shouting for Yusuf. Yusuf responded, but, unable to breathe, Keller exited the unit for air. Given a shirt that he then held to his face, Keller re-entered the structure and, again crawling, followed the sound of Yusuf’s voice. After advancing about 10 feet, Keller stood and ran to the base of the stairs leading to the second floor. He went part way up the stairs, finding Yusuf standing on one of the steps. Keller picked him up and, holding the shirt against Yusuf’s face, descended the steps and returned to the front door. Exiting to safety, he handed Yusuf to another person and then collapsed to the ground. Firefighters responded shortly and extinguished the fire. Both Yusuf and Keller required hospital treatment for smoke inhalation, and they recovered, Keller missing two days’ work. 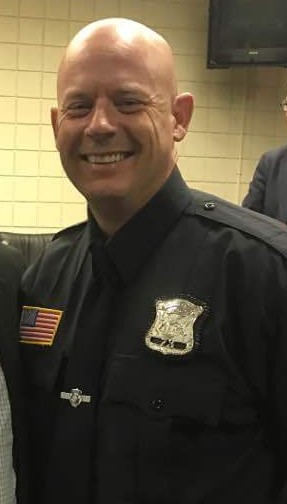