Ronald LaRue died attempting to save Aiden A. Bulkley from drowning, Bucksport, Maine, August 8, 2014. Aiden, 5, and his grandfather, LaRue, 54, disabled truck driver, were fishing from a floating dock just off the bank of the Penobscot River with other family members when Aiden fell into the water. A very swift tidal current started to carry him away. LaRue immediately jumped into the river, swam to Aiden, and grabbed him. He held to Aiden with his right arm as he tried to swim toward the bank with his left arm, of which he only had partial use. Struggling in the water, LaRue was pulled downstream while holding Aiden and was seen floating on his back lifting Aiden with both arms. Both then submerged twice and were separated. First responders removed Aiden from the river at a point about 300 feet downstream of the dock and attempted unsuccessfully to revive him. LaRue’s body was recovered from the river in the same vicinity a few hours later. He too had drowned. 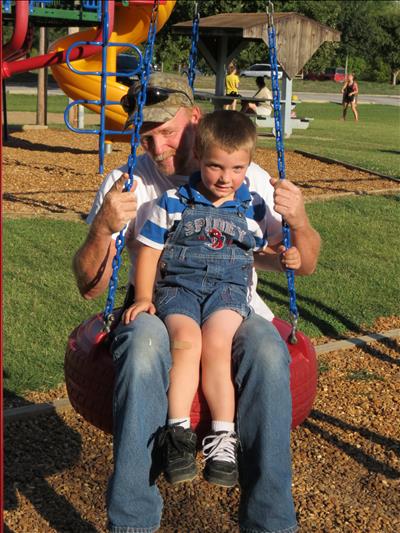