Robin DeHaven saved Lisa L. Alexander and five others from burning, Austin, Texas, February 18, 2010. Alexander, 45, and five coworkers were trapped in a second-floor office of a four-story building after a man intentionally crashed a single-engine airplane into the structure. The airplane struck elsewhere on the second floor, causing an explosion that set fire to the building and filled it with smoke. One man in the building was killed, as was the plane’s pilot, and all other building occupants except for Alexander and her coworkers fled to safety. Blocked by heavy smoke and fire in a corridor outside their office, they went to broken-out windows for air and to shout for help. En route to a job, DeHaven, 28, glazier, had been driving nearby and saw the airplane’s descent. Tracing smoke to the scene, he was alerted to the victims’ plight. DeHaven took a 17-foot extension ladder from his truck and propped it against the building, near where Alexander and the others were standing. He ascended to the second floor and, entering the building, cleared glass from a window that provided for better egress, by means of an outside ledge. DeHaven climbed onto the ledge and aided Alexander through the window and onto the ladder. She descended to safety, followed by her coworkers and then DeHaven. Neither Alexander nor her colleagues suffered serious injuries. DeHaven sustained minor cuts and smoke inhalation, and he recovered. 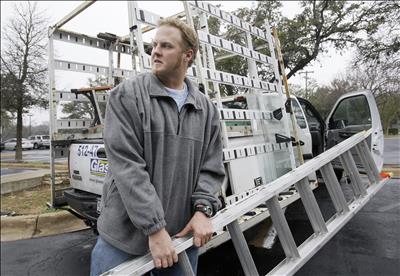