Robert Z. Fortner rescued two boys from burning, Clarksville, Tennessee, May 2, 2022. The two boys, brothers who were 7 and 8, remained in a rear bedroom of a one-story house after a fire broke out in the kitchen. Fortner, 29, K-9 handler for the sheriff’s department, went to the scene, where he saw smoke at the house’s exterior. He kicked in the front door and, unable to enter due to flames and heavy smoke, went to the backyard, where he was directed to the bedroom window. Fortner used a ladder to reach the window, smashed it open, and pulled out the glass. Fortner then went headfirst through the window and landed on the bedroom floor in a partially enclosed play structure beneath a lofted bedframe that had an opening at the opposite end. Fortner crawled through the structure, where heat was intense and visibility was precluded by dense smoke, and then out the opening to the 7-year-old boy, who was crying. Fortner grasped him and put him under his arm, then crawled back through the structure to the window, where he handed the 7-year-old boy outside to a sheriff’s deputy. Fortner turned around and crawled back through and out of the structure into the room, where he found the 8-year-old boy. Fortner grasped the boy, who lost consciousness, and dragged him by his arm back through the structure to the window. Fortner handed him outside to the deputy and exited. Both boys were both taken to a hospital, where they were treated for inhaling smoke. They recovered. Fortner sustained smoke inhalation and carbon monoxide poisoning and was hospitalized until the next day. He recovered. 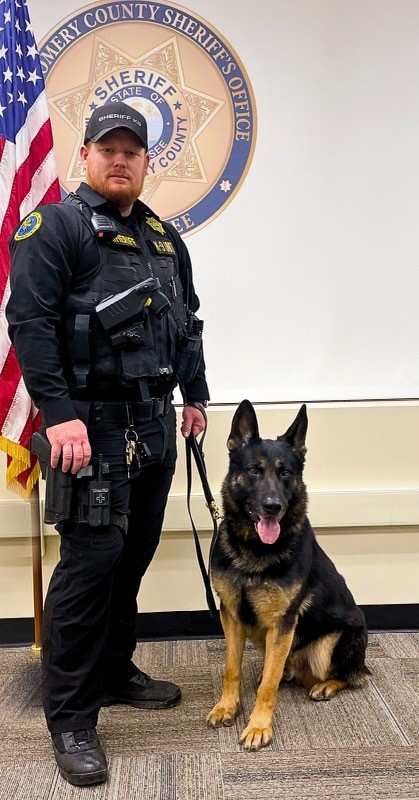