Robert Todd Riddle died attempting to save an unidentified man from drowning, Kemah, Texas, September 4, 2019. An unidentified man floundered in Trinity Bay adjacent an amusement park’s boardwalk and called for help. Riddle, 56, maintenance technician, was alerted to the man’s plight. Despite rough water on the bay, Riddle removed his outer apparel and dived into the bay from the boardwalk. Riddle began to swim toward the man, who had reached a buoy and clung to it. Meanwhile, boaters, alerted to the man’s plight, responded to the buoy and brought him aboard their boat, unaware of Riddle’s efforts. Riddle was briefly seen swimming back toward the boardwalk before he disappeared from view. Search efforts were initiated, but Riddle’s body was not located until the following day. He had drowned. 90735-10165

Robert Todd Riddle was born in Houston, Texas on December 5, 1962 and raised by his parents, Father Wayne and wife Jean Riddle, Mother Jeri McRae and husband Paul. Todd grew up in Deer Park and attended Deer Park High School where he swam competitively for the Swim Team. He Graduated Class of 1981. He served shortly in the Navy after graduation and then worked as a chemical inspector for 25 years. Todd then went on to work at the Kemah Boardwalk as a maintenance technician.

Todd married his love, April Patterson on October 17, 1985 and had two kids he loved very much, Travis and Kayla. He was a dedicated working man who did everything to provide for his family. He enjoyed working on cars, playing with his dogs, spending time with his family, and spoiling his granddaughters, Faith and Maxine. On his days off you could find him in the garage tinkering on his car or in bed taking a nap.

Todd was stubborn and set in his ways. You couldn’t do anything for him because he had to do everything on his own. He was the definition of a DIY’er (Do It Yourself). Todd was selfless and outgoing. If you needed help, he would be the first one there. He would give you the shirt off his back in the freezing rain if you needed it. Todd was many things to many people. Todd was a Son, a Father, and a Grandfather. He was a friend to many and will be missed greatly.

Todd is survived by his parents Wayne, Jean, Jeri and Paul, Brothers Alan and Mike, his sister Shelly, his wife April, his kids Travis and Kayla, his grandkids Faith, Maxine and grandson (on the way) Reed, his cousins Liz and Gina, and his nieces and nephews David, Tracy, Jennifer, Brian, and Emily. Memorial service was held 11:00 AM Thursday, September 12, 2019 at First Baptist Church Deer Park. 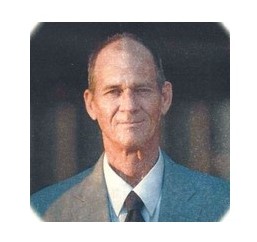