Robert R. Purgerson attempted to rescue Thomas R. Little and A. Lee Johnson from burning, Summerfield, Louisiana, August 31, 1951. Little, 32; Johnson, 57; and others were passengers in a trailer-truck that collided with a sedan. Johnson was thrown from the truck, which caught fire in its cab. He obtained a cant hook and made his way toward the passenger side of the cab but could get no closer than six feet from the door because of intense heat. He began striking the door with the hook in an effort to engage it. An explosion occurred inside the cab, showering Johnson’s clothing with burning gasoline, but he maintained his position and continued his effort to open the door. Purgerson, 39, restaurant proprietor, alighted from an automobile and ran 100 feet to Johnson, who informed him that the truck’s main gasoline tank had not exploded. Purgerson saw Little, whose body partly extended through the shattered windshield onto the hood. Flames then had enveloped the cab and rose six feet at the window openings. Stepping onto the bumper, Purgerson seized Little and dragged him 15 feet from the truck. Little was burned severely, most of his clothing having been consumed by the flames. Purgerson returned to Johnson, who had not moved and whose clothing was afire, and pulled him farther from the cab door. As Purgerson was leading Johnson away, the truck’s main tank exploded, sending flames 20 feet high. The flames burned for three hours and destroyed the truck and the sedan. Little succumbed to his burns. Johnson had severe burns over most of his body and died five hours later. 42571-3794

Purgerson was born on July 15, 1911, in Lisbon, La., the son of Alice and Louie Purgerson. He was a veteran of World War I and a member of the American Legion and Trinity Baptist Church. 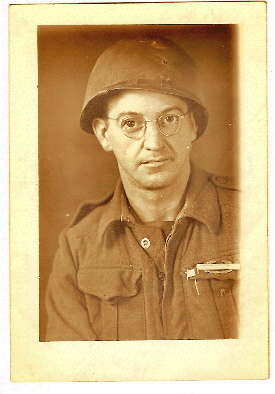