Robert C. Meyer helped to rescue Robert E. Erickson, Jr., from burning, East Brunswick, New Jersey, July 8, 2004. Erickson, 32, remained in the driver’s seat of a tractor-trailer after an interstate highway accident in which the vehicle collided with a dump truck and caught fire in its engine area. A state trooper patrolling the area came upon the scene within moments and broke out the window of the driver’s door. Smoke had filled the cab, and flames were entering it at Erickson’s feet. Meyer, 45, delivery driver, also stopped at the scene, and he and the trooper pried the door open enough for Meyer to use his fire extinguisher to calm the flames somewhat in the cab. Meyer then mounted the wreckage, grasped Erickson, and with the trooper lowered him to the pavement. They dragged him to safety on the highway shoulder. Flames grew and spread quickly to envelope the rig, which was destroyed. Erickson was taken to the hospital for treatment of burns to his legs and smoke inhalation. Meyer also was taken to the hospital, where he was treated for smoke inhalation. He recovered.

Robert Carl Meyer of Union Beach, N.J., died on June 8, 2014, after responding to a fire for Union Hose Co.

He was buried at Shoreland Memorial Gardens Cemetery in Hazlet, N.J. 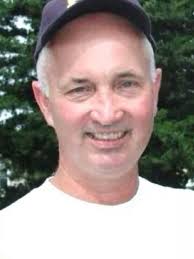