Richard Alva Beatty helped to save Air Force officers Joseph P. Stroface and Lawrence C. Curtis, Jr., from burning, Ashville, Ohio, February 1, 1967. When a military airplane containing Stroface, 35, and Curtis, 30, crashed in a field in a rural area, the craft was badly damaged and escaping fuel caught fire. Stroface and Curtis, who suffered multiple internal injuries and were knocked unconscious, were in the cockpit section which had been torn from the fuselage. Beatty, 44, landscape gardener, and Grover Curtis Bainter ran to the cockpit, one end of which was afire. Flames rose 15 feet above the main section of the wreckage, which was eight feet away. Beatty and Bainter then saw a number of dummy bombs lying on the ground 15 feet from the cockpit. They thought the bombs were real. Beatty released some straps holding Stroface while Bainter attempted to release others. They tried in vain to lift Stroface out of the seat. After Beatty had cut several straps, he and Bainter drew Stroface out of the cockpit and carried him away from the wreckage. By that time Lester 0. Spires and Harvey L. Seitz had arrived. As they ran with Beatty and Bainter to the cockpit, Spires and Seitz noticed the bombs, which they also thought were real. Flames on the fuselage then were 10 feet high, while those on the cockpit were increasing. Beatty cut the straps holding Curtis. Standing within a few feet of the flames, all four men took hold of Curtis and drew him from the cockpit. They carried him away from the wreckage; and the flames spread throughout the cockpit section. Curtis died of his injuries, but Stroface recovered. 49396-5389

Beatty owned and operated his own business, R.A. Beatty Tree and Lawn Service. He was a religious man who guided his family and friends through his faith in God.

Beatty was a World War II veteran, who served from November 1942 to January 1946. He lost his right eye in Europe during combat with Company A 70th Infantry Division as a first scout. Because of the injury, he received the Purple Heart. Beatty also received the Carnegie Medal for saving two pilots from a burning plane that had crashed in Ashville, Ohio.

(Edited from an obituary published in the Lancaster Eagle-Gazette.) 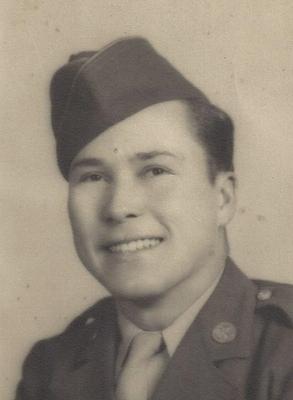