Ralph Allen Kelley saved Margaret A. Dow and Ethel M. Carter from burning, Nashua, New Hampshire, January 14, 1938. While Mrs. Dow, 31, and Mrs. Carter, 28, were at work on the second floor of a factory building, which contained large quantities of celluloid and other highly inflammable material, fire broke out on the first floor and quickly spread toward the only stairway to the second floor. All persons except Mrs. Carter, who was hysterical, and Mrs. Dow descended the stairway or got out through windows. Ralph, 16, factory worker, saw their confusion, ran from the first floor to the head of the stairway, took hold of one of the women, and turned toward the stairway. Flames then were in the stairway opening and going up an elevator shaft beside it. Ralph and the women ran to a window that was 17 feet above the ground and opened it. Heat was intense, and flames reached the ceiling between the stairway and the window. Mrs. Carter, then Mrs. Dow, and then Ralph crawled through the opening and dropped to the ground. Ralph sustained a superficial burn and fractures of two vertebrae, which resulted in complete paralysis from his waist down. Mrs. Carter sustained a fracture of a toe, and Mrs. Dow sustained a minor burn. 38184-3176

He was born in Lynn, Mass., on Feb. 6, 1921, a son of Guy and Dorothy (Hall) Kelley. He had resided in Hudson for over 55 years and previously resided in Nashua.

Kelley owned and operated Kelley’s Answering Service in Hudson for 60 years. At one time, he also was an accountant for the Internal Revenue Service in Andover, Mass., and a public stenographer.

Kelley was the recipient of a bronze medal from the Carnegie Hero Fund Commission for his rescue of two young women from a burning building on Jan. 14, 1938. He also was an active member of the Lions Club in Hudson.

He graduated from Nashua High School and attended Rivier College. 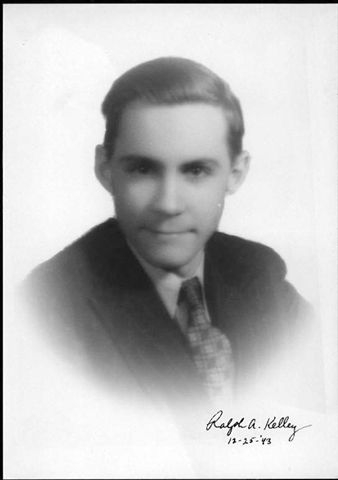