Nicholas P. Leary rescued Brenda L. Malarkey from burning, Danielson, Connecticut, August 9, 2007. Malarkey, 39, was in the bedroom of her apartment on the second floor of a three-story house after fire broke out in that room at night and filled the apartment with dense smoke. On duty, Leary, 38, a state police trooper, responded to the scene and went to the second floor of the house, where he learned that Malarkey was inside the burning apartment. He made repeated attempts at penetrating the smoke, which precluded visibility, but retreated to the hall each time. Re-entering by crawling, Leary proceeded to Malarkey’s bedroom and found her lying on the floor next to the bed, which was aflame, as was the wall beside it. He grasped Malarkey under the arms and dragged her to the apartment door and then into the hall. Flames by then had breached the apartment and were issuing into the hall. Another trooper who had responded helped Leary take Malarkey downstairs and outside to safety. Malarkey was hospitalized for treatment of severe burns and died four days later. 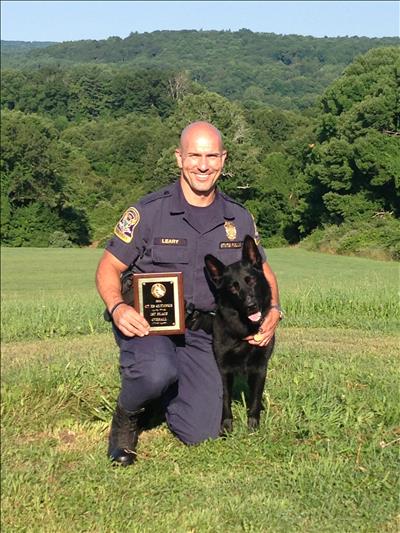