Mikala Vish saved Tyron H. Vish and Lillyanna M. Thompson, and rescued Torin C. Vish from burning, Gregory, Michigan, October 26, 2021. Tyron, 4; Lillyanna, 13; and Torin, 6; were inside bedrooms in a second-story apartment at night with their mother, Vish, 32, preschool teacher, when fire broke out inside the apartment. Vish was asleep and sharing a bedroom with her 11-month old daughter and Tyron when she awoke to heat and heard the crackling of flames.  Vish picked up the 11-month-old and removed her from the apartment to a second-story deck outside the apartment’s front door. She returned into the apartment twice more and got Tyron, then Lillyanna, outside to the deck.  Vish reentered the apartment a final time and went up a small stairway to Torin’s bedroom, which was in flames.  Vish found Torin under a bed, grabbed him, and took him into the hallway, which was also in flames. Vish tripped and stumbled down steps and into the living room. She stood, then fell again when a ceiling panel fell on her back. Getting up, she ran to the front door carrying Torin and exited to the deck. Vish then took the children down an exterior stairway to the ground. The 11-month-daughter, Tyron, and Lillyanna were not injured. Torin sustained smoke inhalation and serious burns, and Vish sustained an inhalation injury and serious burns to 60 percent of her body. Both underwent skin graft surgeries for their injuries. 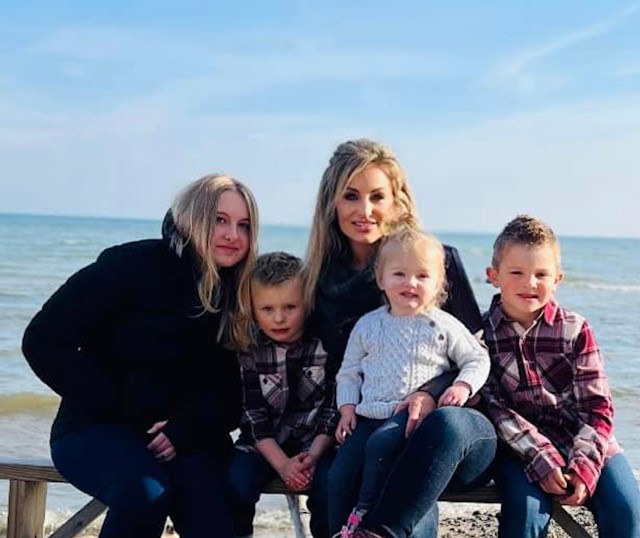