Michael Garcia helped to save Chad L. Perkins from a burning vehicle, Abilene, Texas, November 1, 2018. Perkins, 36, was unconscious in a burning sport utility vehicle which came to rest against a tree after it struck a gas meter, which ruptured and began to leak natural gas. Flames broke out in the engine. Garcia, 35 on-duty police officer, arrived at the scene. He hurried to the passenger side of the vehicle and opened the rear door there, but could not gain access to Perkins. Garcia moved to the driver’s door, joining another man. Garcia and the man reached in through the driver’s door window, which was broken out, grasped Perkins, and attempted to pull him out. Perkins’s foot was trapped and the other man reached in through the window and freed it. Garcia and the other man pulled Perkins out through the window and carried him away from the vehicle. Perkins sustained a lacerated liver and numerous broken bones. He was not burned. Garcia was treated for exposure to hazardous chemicals a laceration to his elbow; he recovered. 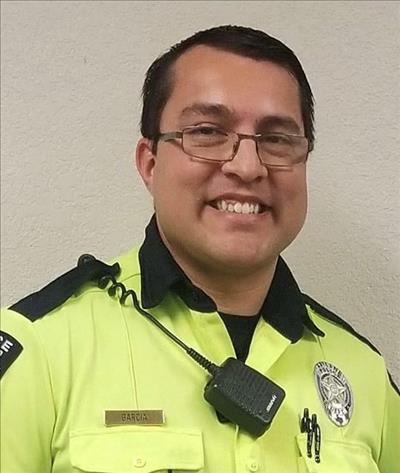