Maryland W. Wilson, 12, schoolgirl, saved Anna B. Gordon, 14, from drowning, Hendersonville, North Carolina, July 11, 1928. Anna jumped from a boat at a point 550 feet from the bank of Lake Kanuga, was unable to climb back into the boat, and started to swim to the bank. Maryland jumped from the boat into the water to accompany her. When she had swum 15 feet, Anna went under the surface, and Maryland extended her hand to her. Anna grabbed her. Maryland freed herself and aided Anna as they swam with great effort 45 feet toward the bank. Anna then became semiconscious, and Maryland, towing her, swam 195 feet nearer to the bank. They were then given assistance by men in boats. Anna was revived.

Maryland Waller Wilson Shytles, a native of Greenville, S.C., died on Aug. 26, 2007. She was the daughter of W. Lindsay and Sadie E. Waller Wilson.

At age 12, she saved the life of a drowning girl in Henderson, N.C., an act for which she was awarded the Carnegie Medal. After graduating from Donaldson School and Greenville High, she attended Winthrop University on a scholarship from the Carnegie Hero Fund Commission, earning a bachelor’s degree and graduating Phi Beta Kappa. She went on to obtain her master’s and Ph.D. degrees in communications from the University of Michigan, and she pursued post-doctoral studies at the University of Birmingham in Stratford-upon-Avon, England.

Shytles was a brilliant and well-loved teacher, author, and editor. She taught at many colleges throughout the country, including Winthrop University in Rock Hill, S.C., and the University of South Carolina at Spartanburg, and she also taught abroad in Germany. After retiring as emeritus professor of communications at Georgia Southern University in Statesboro, Ga., she continued to teach at the USC-Spartanburg and served as editor of Upstate Magazine. She was listed in Who’s Who of American Women and the Directory of American Scholars, and she was a member of Phi Kappa Phi. One of her greatest joys was mentoring college students and guiding them to achieve personal fulfillment.

She kept her mind sharp until the end with the daily crossword, and she enjoyed gardening, research, literature, collecting antiques, and chocolate. She considered herself a custodian of family history and artifacts and was very proud of her Southern heritage. She was a lifelong communicant of Christ Church Episcopal in Greenville. 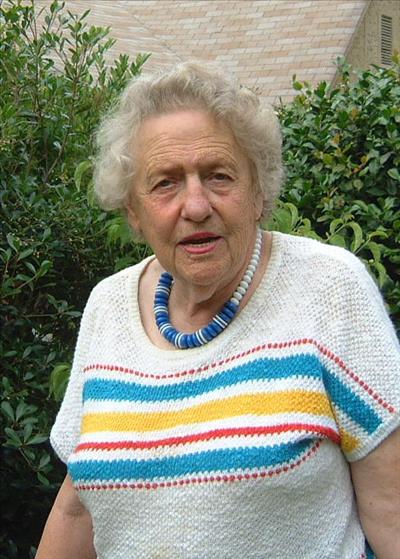