Marcos Gil died saving a 14-year-old girl from drowning, Lava Hot Springs, Idaho, April 28, 2018. The girl jumped from a ledge and entered the Portneuf River where she became caught in a circular current downriver from a waterfall. Struggling in the strong, circular current in deep water, she called for help. Marcos, 17, student, despite limited swimming ability, jumped into the river and was also caught in the current. Marcos submerged and the girl felt him push her toward the bank, where she grasped a branch. The girl swam to the riverbank. Marcos, still in the current, submerged and surfaced several times before he disappeared from view. The girl climbed the bank to where she had left her cellphone and called 911. She was not physically injured. Divers found and recovered Marcos from the river several hours later. He had drowned. 89844-10158 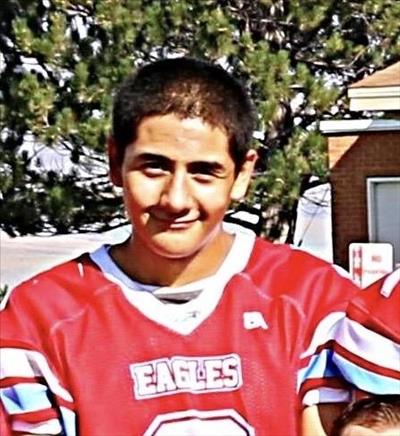