Sunday, July 17, 1904, was a warm, sunny day, and as was typical, boys from Wilkinsburg, a small community that borders Pittsburgh on its eastern side, decided to go swimming in nearby Sulphur Pond. The pond was in a deep ravine on a farm and had been created by the dumping of slack from a mine that had been abandoned 15 to 20 years earlier. When the mine was producing, the pond’s water was used to operate some of its machinery.

Shortly after noon, brothers Charles and Harry Stevick came to the Baumann home and asked Louis A. Baumann, Jr., 17, and his brother Robert to swim with them. They agreed, and on the way to the pond, they met up with six other boys, who joined them. Soon after reaching the pond, all the boys except Charles took a quick dip. A short time later, when the boys were out of the water—Baumann and another boy on one side and the other boys on the opposite bank—Charles decided to dive into the pond. When he surfaced, he cried for help and then submerged.

Baumann immediately dived into the pond, but when he reached Charles, Charles grabbed his leg. Baumann broke free and returned to the bank to regain his breath. He swam back out and dived for Charles, then took him to the surface, but Charles again grabbed Baumann, and both submerged. Again Baumann broke free and returned to the bank. A third time he swam out to Charles, that time managing to get Charles close enough to the bank for the other boys, who formed a chain, to drag both from the water.

Charles was unconscious, and thought dead by the other boys, but after several minutes he recovered. Baumann was winded and exhausted from his efforts. He was the first person to be awarded the Carnegie Medal.

Louis A. Baumann, Jr., was born in Wheeling, W.Va. The family moved to the Pittsburgh area where he grew up. His father was a wallpaper hanger and his mother a homemaker. Baumann had eight siblings, four brothers and four sisters.

After operating a taxi service in Braddock, Pa., he and three brothers became automobile dealers. In 1917, Bauman Chevrolet was established in Wilkinsburg. Subsequently, both Nash and Pontiac automobile dealerships were also started by the brothers. Although Baumann died in 1925, his brothers remained successful in the automobile business in the Pittsburgh area for over 50 years until their retirement.

Baumann was the first awardee of the Carnegie Medal, which was awarded to him for his July 17, 1904, rescue of a friend from drowning in a farm pond.

Baumann was married to Geraldine N. Baumann, nee Smith. He and his wife had one child, a son named James David Baumann, born July 14, 1924.

Baumann was buried in Homewood Cemetery, Pittsburgh, where a bronze insignia of the Carnegie Medal marks his grave. 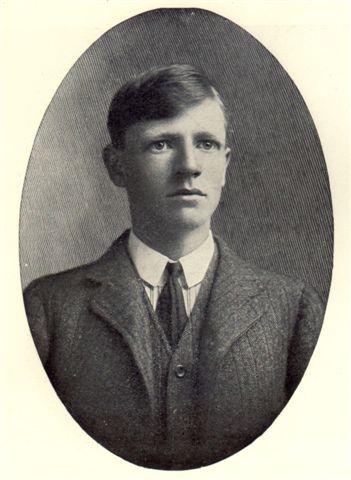