Lazare Fred Bernhard, 19, student, saved Carl H. Blake, 30, salesman, from drowning, Santa Monica, California, March 20, 1927. Blake swam in Santa Monica Bay to a point 200 feet from shore and was unable to return because of an off-shore current. After a man had failed in an effort to rescue him, Bernhard swam 110 feet to him. A brief struggle ensued, and Berhard then swam with difficulty 170 feet with Blake to wadable water. 27726-2352

Lazare F. Bernhard died on June 12, 2005, at his home in the Pacific Palisades neighborhood of Los Angeles. He was 96.

Bernhard was an 18-year-old sophomore at Stanford University visiting his family in Santa Monica, Calif., in 1927 when he responded to a woman on the beach who screamed that her son was drowning. One man already had tried to rescue 30-year-old Carl Blake but had turned back because of the heavy surf. A strong swimmer with lifeguard training, Bernhard dived in, fought the current and Blake’s panic, and struggled to swim them both to safety.

Bernhard was born Aug. 12, 1908, in Fort Worth, Texas, to German immigrants. In 1922, the family moved to Los Angeles. Bernhard, who graduated from high school at 16, earned his bachelor’s degree in 1929 from Stanford and his law degree in 1932. As a young man, he often played polo with Will Rogers at the star’s Pacific Palisades estate.

Bernhard practiced law in Los Angeles before becoming a lawyer for the Army in 1942. During World War II, he was flown to England on several clandestine missions, including delivery of D-day orders to the military. After the war he resumed practicing law.

As Bernhard became more successful, he wanted to give something back. He asked the Carnegie Hero Fund Commission if he could make a donation. “They said, ‘No one has ever before offered to give us money,” his wife Lanie Bernhard recalled. In the end the Hero Fund would accept only what Carnegie had given him, “not a penny more or a penny less,” she said.

Bernhard repaid the $1,500 and was inspired to set up a scholarship at Stanford to help students pay for law school. 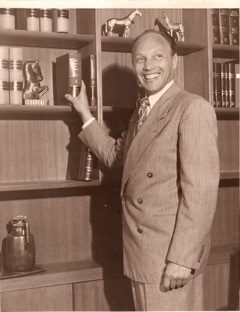