Kristian F. Falkenstein helped to save a 32-year-old man from drowning, Belmar, New Jersey, September 23, 2017. The man was swimming in the Atlantic Ocean when he began to struggle in a strong rip current and signaled his distress to those on shore. Falkenstein, 39, university development officer, was on the beach and alerted to the man’s plight. Falkenstein entered the water and swam to the man, who had been carried out about 300 feet from shore and was barely above the surface of the water when Falkenstein reached him. Falkenstein grasped the man from behind and, while treading water, lifted him above the water’s surface until a wave swept over them. Despite the turbulent ocean conditions and a strong current, Falkenstein, for several minutes, grasped the man several times from behind and persisted in his efforts to support him in the water and keep him afloat. A responding police officer swam out to Falkenstein and the man with a flotation device and the three, while grasping the device, unsuccessfully attempted to swim out of the current. Two lifeguards also swam out to them with additional flotation devices, to which the men clung at a distance several hundred feet from shore. All five men were removed from the water by a Coast Guard vessel that had responded to the vicinity of their location, and they were taken to safety. Falkenstein and the victim were taken to a hospital. The man was not injured, but Falkenstein was treated for effects of near-drowning; he recovered.

Kristian F. Falkenstein, 44, of Newtown, Pennsylvania, died Monday, June 27, 2022. In 2017, Falkenstein, then a 39-year-old university development officer, responded to a 32-year-old struggling in the Atlantic Ocean off the coast of Belmar, New Jersey. Despite turbulent ocean conditions, Falkenstein swam about 300 feet to the man and kept him above the water’s surface. Although several others with flotation devices, including a police officer and two life guards, swam out to assist Falkenstein with the man, ultimately, they could not leave the rip current and were rescued by a Coast Guard vessel. Falkenstein was later treated at a hospital for effects of near-drowning, but he recovered. Born in Abington, Pennsylvania, to Karl Jr. and Maria Magri Falkenstein. He attended Chapin School, Grey Nun Academy, Newtown Friends School, and Council Rock High School. A graduate of Villanova University with a bachelor’s degree in finance, he went on to earn his master’s in education from Holy Family College. According to his family, Falkenstein was successful in many different jobs, but in particular, he was awarded top salesperson for the Philadelphia territory for the Grand Canyon University. He also modeled and acted, including roles in “The Artist,” “Rush Hour 2,” and “The Last Airbender.” Falkenstein enjoyed sports and spending time with his friends. He loved animals, nature, music, the outdoors, and any adventure. He was most proud of being a father. In addition to his parents, Falkenstein is survived by fiancée, Mariya Nikonova; children, Skyler Falkenstein and Alexa Poberezhskaya; and brothers, Karl III, Rick, and Kyle Falkenstein 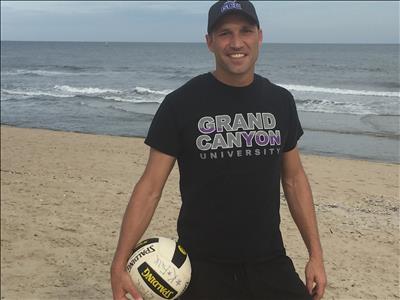