Kevin Scott Johnson II died attempting to save Willa M. Pennington from drowning, Flat Gap, Kentucky, July 13, 2015. Pennington, 74, was inside her mobile home as severe thunderstorms moved through the vicinity, causing nearby Big Mudlick Creek to flood. Her grandson, Johnson, 34, store clerk, responded to the scene to aid her and other family members and had just entered the mobile home to remove her when a surge of floodwater lifted it from its foundation. As the current was washing the mobile home away, Johnson exited to the rear porch, holding Pennington. They jumped into the water together, followed by a boy who had been inside the structure. All three held each other until they were able to grab onto a tree. When a wooden structure floated by, Johnson placed Pennington on it, and the boy climbed atop it, Johnson remaining in the water. They were swept farther downstream and were separated. The boy climbed a tree from which he was later rescued. Search crews found Pennington’s body the following day and Johnson’s three days later. He had drowned.

Kevin Scott Johnson II, 34, of Flat Gap, Ky., died attempting to save his grandmother from drowning during a flood on July 13, 2015. The son of Kevin Johnson and Trena Cantrell, Johnson was born on Dec. 30, 1980, in Prestonburg, Ky.

As the floodwater rose, Johnson entered the grandmother’s mobile home, which then separated from its foundation and floated away. Johnson exited to the rear porch with her and jumped into the water. They both drowned. In September 2016, he posthumously received the Carnegie Medal.

A musician, Johnson recorded under the name “Scott Free.”

“He loved music. He loved life,” his cousin, Samantha Johnson, told a reporter for the Herald-Leader in Lexington, Ky. “Every time you saw him, he was always smiling.”

(Edited from an obituary published by the Preston Funeral Home in Paintsville, Ky.) 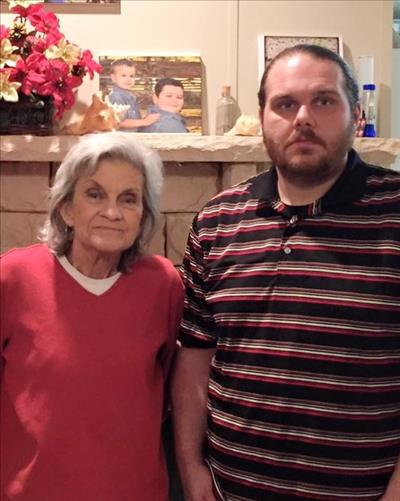