Kenneth M. Walker, 30, carpenter, saved Eddie L. Smith, 36, and DuPont LaCounte, 55, laborers, and Joseph S. Fifer, 26, carpenter, from impending fatal falls, Edgely, Pennsylvania, July 19, 1955. Walker, Smith, LaCounte, Fifer, and four other workmen were beneath the understructure of a bridge approach on a traveling scaffold, which was suspended 80 feet above the ground by steel hangers. In preparation for moving the scaffold under a horizontal I-beam, the hangers had been removed from one end of the platform and rehung on the other side of the beam. As one of the men cranked a winch to move the scaffold, the winch cable broke, causing the platform to lurch. The central hangers moved along grooves in the platform to the hangers at the other end, suspending the scaffold in a vertical position. Two of the men plunged to the ground and were fatally injured. One of the others caught hold of the I-beam and was able to reach a catwalk in the center of the understructure, and a fourth man clung to the three-inch-wide edge of the scaffold. Smith and LaCounte each caught hold of one of the hangers on the other side of the I-beam, and Fifer grasped one of the hangers still attached to the scaffold. Walker caught hold of the bottom lip of the I-beam and worked his way to the catwalk. When he saw Smith and LaCounte clinging to the swaying hangers four and a half feet from the I-beam, he climbed back onto it and walked 20 feet along the lower lip to opposite Smith. He then placed both hands over the top of the I-beam, grasped the outer edge, and extended his legs until they encircled Smith’s body. Pulling with his legs, he drew the hanger to the I-beam, where he assisted Smith onto the lower lip. Both men moved to opposite LaCounte, where Walker held to the top of the beam and extended one leg toward LaCounte, who took hold of it and was drawn to the I-beam. All three men made their way back to the catwalk, along which Walker continued 18 feet to near the hanging platform. He located a 12 foot plank which another man helped him to place from the catwalk guardrail to the scaffold. The man clinging to the edge of the platform climbed onto the plank and continued to the catwalk. Walker then crossed the plank and made his way 15 feet along the three-inch edge of the scaffold to Fifer. He aided him in reaching a horizontal beam four feet away, and both men remained there until the arrival of a crane, which took them to safety. All were taken to a hospital, where Smith, LaCounte, and Fifer were treated for bruises and discharged. Besides brushburns and bruises, Walker suffered a hernia for which he was hospitalized 10 days, and strained back muscles, which required treatment for three months. 43755-4057

He was the recipient of the Carnegie Medal for saving the lives of three men while at work. He was a life member of the West Whiteland Fire Company in Exton, Pa., the past patron of the Order of the Eastern Star, a member of the Shriner’s Rajah Temple, and a 32nd-degree member of the Masonic Lodge.

He and his wife enjoyed playing Mr. and Mrs. Santa Claus for family and friends for years. 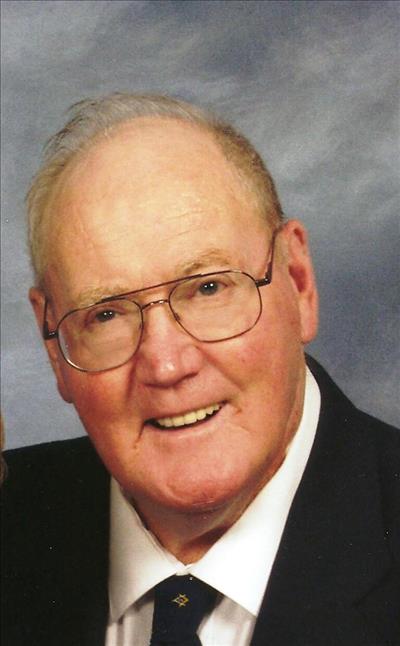