Kenneth L. Hanke helped to save Ludwig J. Bednar and four others from drowning, Michigan City, Indiana, May 26, 1961. During a heavy gale on Lake Michigan, a scow manned by Bedner, 50, dredgeman, and the other four men and carrying a heavy crane ran aground in Michigan City Harbor 150 feet from shore in water seven feet deep between waves up to 15 feet high. Bednar and the others went to one end of the scow, which was tilted sideways and partially submerged, and entered the engine house, atop which rested the boom of the crane. Winds of 50 m.p.h. ripped the doors off the engine house, and the men climbed onto a high shelf inside. Among persons who gathered at the scene were Hanke, 43, ironworker superintendent, and Theodore E. Smith. From a crane on shore a boom was extended to within 40 feet of the scow. With life lines from a reel on shore tied around their waists, Hanke and Smith climbed onto the boom of the crane and moved cautiously within and atop its framework above the turbulent water to the end of the boom. There Smith, who had lost his lifeline, held Hanke to steady him as for more than an hour the latter tried to toss the weighted end of a rope to the scow. By the time he had succeeded in getting the line to spin around a cable on the scow’s crane, Hanke’s hands were becoming numb from the near-freezing temperature. Hanke secured his end of the spanning line to the boom, which the crane operator raised to 40 feet above the waves. Hanke descended the spanning rope to its lowest point and then, whipped by heavy spray and hampered by his life line and wet clothing, climbed upward to the scow’s crane-house. After resting briefly, he removed his lifeline and shooed onto the crane’s boom. He proceeded atop the boom to the engine-house roof as the gale continued. Hanke lowered himself by a rope onto the slippery deck but did not see the men. Feeling tired, he then returned to the crane-house by walking inside the boom’s framework and holding to its sides. Meanwhile one of the crewmen emerged from the engine-house with a safety line. He was noticed by persons ashore, who passed the word to Hanke. Hanke strung a line inside the boom as he made his way back to the roof of the engine-house, from which the five men had emerged. With an improvised sling, Hanke drew Bednar and then each of the others upward into the boom’s framework. All made their way to the crane-house. By means of the rope he had used to reach the scow, Hanks drew from the shore-based crane a breeches buoy, which Smith meanwhile had carried to the end of the boom. Hanke rigged the buoy, and the crane operator then swung each of the men ashore in it as Smith descended from the boom. Hanke also was removed in the buoy approximately four hours after the start of his act.

He was born on Aug. 8, 1917, in Chicago to Paul J. and Edith A. (Bement) Hanke. Hanke worked for Tonn-Blank Construction Co. as a superintendent and was the former owner of Bobco Co. He was a veteran of the Army Air Corps, serving in World War II as a pilot.

Hanke was a member of St. Luke United Lutheran Church, Michigan City Exchange Club, U.F.O., a past president of the city council serving the 6th ward, a past president of the Michigan City Park Board, a past master of Acme Lodge 83 F&AM, York-Rite, Scottish Rite, Orak Shrine Temple, a life member of the Elks Lodge #32, Moose Family Center 980, John Franklin Miller American Legion Post 37 and VFW 2536.

He was a former member of the Kiwanis and Lions clubs and owned and operated his own airplanes. 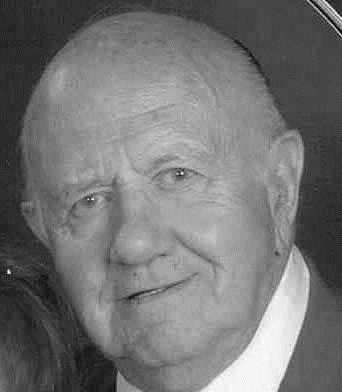