Justin Sweet helped to save Christopher C. Phillips from drowning, Coos Bay, Oregon, September 13, 2014. Phillips, 19, jumped from a steep cliff into the Pacific Ocean and had trouble swimming in the rough, cold surf as he was swept into a small cove along the rocky shore. A hiker, Sweet, 23, carpenter, witnessed Phillips jump. He climbed partially down the cliff as Phillips was washed against rocks and then floated motionless. Sweet removed his outer clothing, jumped into the water, and swam to Phillips. He grabbed him and swam to a large rock, tiring as he tried repeatedly to remove Phillips from the water, waves buffeting them. Another man joined them and helped Sweet lift Phillips onto the rock, which was about 10 feet from the bank of the cove. As Sweet and the man worked to revive Phillips, others at the scene threw life jackets to the rock to equip Sweet and Phillips. Sweet with Phillips then re-entered the water and with help from those on the bank maneuvered Phillips to the bank and from the water. Phillips was lifted from the scene by a Coast Guard helicopter and taken to the hospital for treatment. He recovered. Sweet was treated at the scene for cuts on his legs, hands, and feet, and he too recovered. 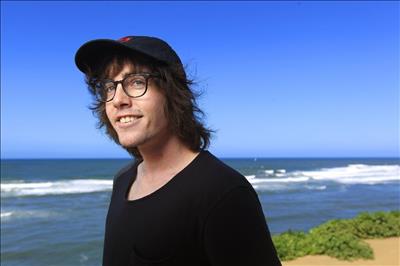