Joseph Hardenbrook saved Erik A. Bailey from drowning, Green Cove Springs, Florida, January 27, 1968. When his automobile broke through a bridge guardrail and fell into the St. Johns River, Bailey, 36, escaped from the vehicle as it sank. He surfaced and called for help. Hardenbrook, 34, mechanic, who was on the bridge, removed his shoes and jumped into the water 25 feet below. He swam 100 feet to Bailey, reaching him in water 25 feet deep. Hardenbrook took hold of Bailey, who was suffering from shock and fatigue, and attempted to tow him to a bridge piling but was unable to make any progress against the current. When a truck tire was thrown into the river, Hardenbrook swam to it and towed it to Bailey. Hardenbrook, who suffered from asthma, had difficulty breathing as he held to the tire and supported Bailey while the current carried them downstream. Both men were near exhaustion when a man in a motorboat arrived and took them to the bank.

Hardenbrook was a retired mechanic who served honorably in the Navy.

(Edited from an obituary in The Florida Times-Union in Jacksonville, Aug. 11, 2014.) 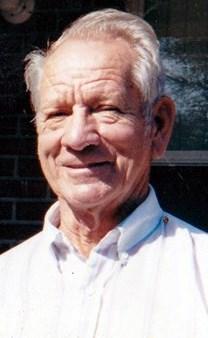