Jorge L. Orozco-Sanchez saved Peyton and Morgen Nicklas from burning, Lucerne, Colorado, October 28, 2008. Peyton, 4, and Morgen, 1, remained strapped in their car seats in the back seat of their mother’s sport utility vehicle after the vehicle’s head-on collision with a tractor-trailer. Flames broke out at the front ends of both vehicles, which remained in contact. Orozco-Sanchez, 30, was the driver of the tractor-trailer. He exited his rig, went to the sport utility vehicle, and tried unsuccessfully to open the back door on its passenger side. Using a fire extinguisher, he broke out that door’s window. Orozco-Sanchez then extended his upper body inside the burning vehicle, released Peyton from her car seat, and removed her through the window. After taking Peyton a safe distance away, Orozco-Sanchez returned to the vehicle, approaching it on its driver’s side, which was aflame. Using a fire extinguisher, he put out the flames on the vehicle’s back door and with difficulty opened it. Orozco-Sanchez extended his upper body inside, freed Morgen from her car seat, and removed her from the vehicle. After carrying her to safety, Orozco-Sanchez went back toward the vehicle for the girls’ mother, but he was unable to get close to it because of intolerable heat and flames. The girls’ mother died at the scene. Peyton and Morgen were hospitalized for treatment of their injuries, but they were not burned. Orozco-Sanchez, who singed his hair, was taken to the hospital for treatment of minor injury, from which he recovered. 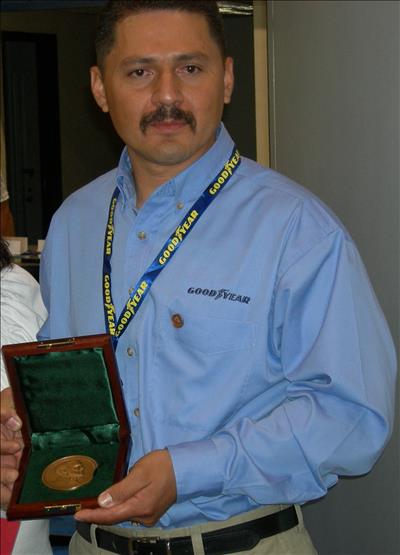